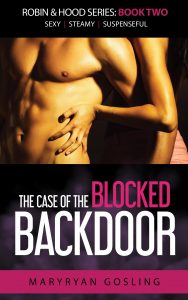 FBI Agent Marian Hood and the super-sexy, smooth-talking criminal informant Robin Stark embark on a new adventure. Robin, tagged by his tracking anklet, assists Hood as they investigate why the Federal Reserve Bank is losing track of millions of dollars… one cent at a time. Agent Hood, is starting to wonder if this was such a good idea. Soliciting the help of career criminal is risky enough. But this one looks more like a professional male stripper than the high tech guru that he claims to be. … END_OF_DOCUMENT_TOKEN_TO_BE_REPLACED