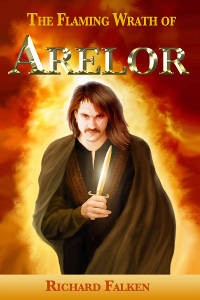 How Long Are You Willing to Wait... How Much Are You Willing to Sacrifice ... Would You Give All Your Life Up... ... for Revenge? The Glorious Empire. A nation isolated from the rest of the world and ruled by the iron fist of the relentless Clergy of Árelor, Lord of Rage and Revenge. Crime is not tolerated. Heresy and disobedience are punished with death. But the Glorious Empire is about to face the most powerful threat it has ever known: a cold and merciless man, a fanatic whose sanity is … END_OF_DOCUMENT_TOKEN_TO_BE_REPLACED