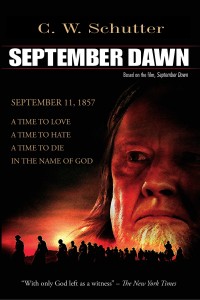 THE FIRST 9/11 was so shocking it was covered up for over a hundred years. Even more amazing, the true story of the first act of religious terrorism in the United States took place on Sept. 11, 1865, an eerily significant date. The massacre was ordered by the Mormon Church, which they deny, or at least executed by devout Mormons in Southern Utah who believed they were carrying out the orders of their Prophet Brigham Young. Out of his own mouth, from sermons taken from historical documents, … END_OF_DOCUMENT_TOKEN_TO_BE_REPLACED