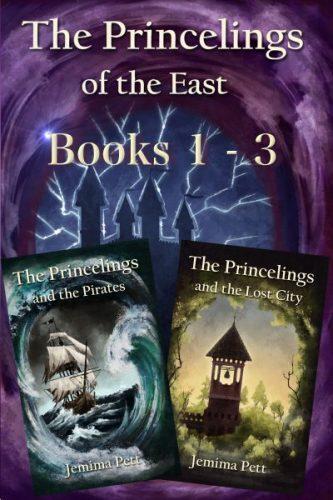 The Princelings of the East Books 1-3 by Jemima Pett A time tunnel, a pirate king, a lost city. In three separate adventures, Princelings Fred and George set out to solve trifling problems, and uncover dangerous and sometimes desperate foes, each with his or her own agenda, threatening the peace of the Realms. The Princelings of the East: the saga starts with Fred and George leaving their cosy Castle in the Marsh. They encounter the mysterious cola vendor Hugo, the playboy Prince Lupin, and … END_OF_DOCUMENT_TOKEN_TO_BE_REPLACED