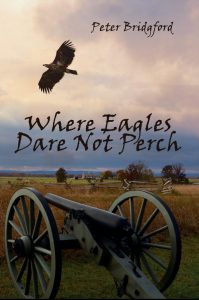 Zachary Webster was an innocent Maine farm boy before becoming a sharpshooter, but the violence of the Civil War battlefields has turned him into a natural killer. While home on his unit’s month-long furlough, he murders the man he believes has stolen his beloved. In doing so, he sets into motion three intensely dark journeys—his own as a soldier returning to a brutal and hopeless war; his sweetheart’s as she seeks absolution; and the brother of the murdered man, whose quest for revenge propels … END_OF_DOCUMENT_TOKEN_TO_BE_REPLACED