Sometimes the ghosts from your past…are real. Moira Flynn is arrested for attacking a door-to-door solicitor with a knife. She claims a voice told her the man was intent on assaulting her. The trouble is, she was the only one that heard that voice. Moira strikes a plea bargain and is sent to a psychiatric hospital for voluntary treatment. Dr. Richard Cassano is hesitant to treat her as schizophrenic, as she does not show the standard symptoms. As their sessions progress, Moira confesses … END_OF_DOCUMENT_TOKEN_TO_BE_REPLACED 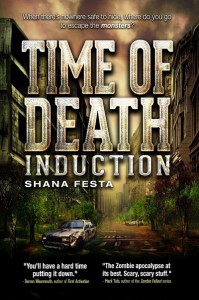 When nowhere is safe to hide, where do you go to escape the monsters? In a few short days, 37 year old Emma Rossi’s hard work will finally pay off. She will don her cap and gown and graduate with a degree in nursing, but not before she loses her first patient and is confronted with a new reality. In Cape Coral, Florida, a storm approaches. The dead are coming back to life. And they’re hungry. Infection ravages the Eastern Seaboard with alarming speed while attempts to contain the spread … END_OF_DOCUMENT_TOKEN_TO_BE_REPLACED