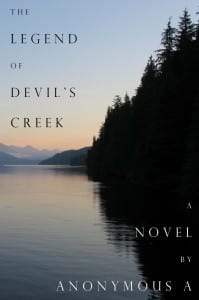 When a mutilated corpse is found bound to a tree deep in the forest of remote Aubrey Island, Washington, residents learn that the murder mirrors, in every ritualistic detail, a series of revenge killings described in a century-old local ghost story. More abductions and killings soon follow. Justin Riddley, recently transferred to the island’s small college, faces growing evidence that one of his new friends and fellow students may be the murderer. John Marshall, redemption-seeking captain of … END_OF_DOCUMENT_TOKEN_TO_BE_REPLACED

Everyone has had been stuck in a job they can't stand, right? In this cozy mystery, free-spirited Annie Malone needs to ditch her dull, drab job, but doesn't know how. She is in a rut. She needs a change, and fast. Thrown a lifeline from her moonlighting job as a ghostwriter, she packs her suitcase and heads up to idyllic Door County. Asked to ghostwrite a book for an impossible client by an almost-impossible editor, Annie wonders if she is in over her head. She needs the ghostwriting job, but … END_OF_DOCUMENT_TOKEN_TO_BE_REPLACED 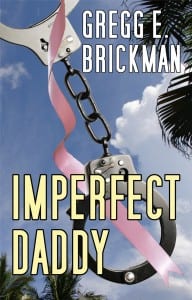 "Daddy did it," says seven-year-old Amber Pyle. She's a rape victim, the worst her nurse, Sophia Burgess, can imagine. But, unlike her murdered mother and little brother, Amber might survive. Detective Ray Stone, Sophia's live-in boyfriend, is assigned the case and is more distressed than usual over the hideous crime, but he won't say why. As a former cop, Sophia is suspicious by nature. She may have left the force after getting shot, but she kept her independent outlook, keen mind, and … END_OF_DOCUMENT_TOKEN_TO_BE_REPLACED 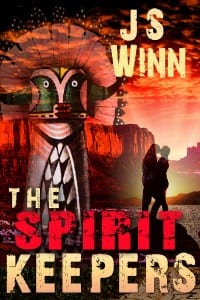 Can you escape the wrath of the Spirits? One of Sandy Jacobs’ ten year old students and his family are accused of witchcraft. Blamed for the mysterious deaths of two San Anselmo Pueblo children, they’re terrorized by “Boogeymen” Kachina, fierce-looking impersonators of the spirits. Sandy rushes to their aid, but her actions inflame the perpetrators and arouse the opposition of Native born faculty member, Ben Rush. Sandy and Ben clash over the issue while struggling against the attraction … END_OF_DOCUMENT_TOKEN_TO_BE_REPLACED

Listen to an audio interview with Johnny Walker here. Dark tunnels and ancient semblances aren’t usually associated with rock-n-roll shows, but crossing the portals of time is the only way CJ can pull these stage sensations off. That’s not going over so well with the phantoms and the Grand Dame of EKKO has decided to teach CJ a lesson. Accused of waging war with the spirit world, CJ is Yanked from his environment and challenged with a paranormal stand off. Brandon is hanging on by a thread … END_OF_DOCUMENT_TOKEN_TO_BE_REPLACED

A dead man stands up, and boards a flight to Singapore from Mumbai. Has he faked his death to escape financial troubles? Have the doctors who certified him dead been his accomplices? Or, has an imposter boarded the plane using his passport? Eventually when the police unravel the mystery, it is so mind boggling that it sends tremors around the world. Targeted Age Group: 15-70 How is Writing In Your Genre Different from Others? I am an electrical engineer with a natural attraction to … END_OF_DOCUMENT_TOKEN_TO_BE_REPLACED

Spy Island is a spy thriller set on a Caribbean island during WWI. If you can imagine "Summer of My German Soldier" on a tropical island replete with German spies, Old World Danish characters, colorful West Indian characters, blazing luger pistols, a mad Voodoo Queen, and a brave and resourceful heroine, then you get the picture. In 1916, Abigail Maduro is a down-on-her-luck orphan who plunges into the dangerous world of German spies when she rescues Erich Seibold, a deserter from a German … END_OF_DOCUMENT_TOKEN_TO_BE_REPLACED

In “The Wolf’s Moon” (ISBN 146636016X), author Patrick Jones creates a spellbinding tale of an ancient animal that haunts the foothill towns of Missouri’s Ozark Mountains. An unknown group of scientists has genetically engineered a Dire Wolf into the present day. Allegedly extinct, the ferocious beast preys upon the innocent people of Maple Hills. To hunt and kill the beast, the town folk will have to rely on the tracking feats of Mark Lansdowne. He is a reluctant hero, still mourning the … END_OF_DOCUMENT_TOKEN_TO_BE_REPLACED

Jourdan's previous books are #1 bestsellers. This is her first work of fiction. Reviewers describe this cozy, scientific, medical mystery as "No. 1 Ladies Detective Agency of the Great Smoky Mountains", "CSI Meets Animal Planet", and "An Appalachian Michael Crichton." In "Out on a Limb" Phoebe McFarland has just moved back to her hometown of White Oak, Tennessee, a sleepy rural community nestled in the mist-shrouded ridges and isolated hollows of the Smoky Mountains. Now she spends her … END_OF_DOCUMENT_TOKEN_TO_BE_REPLACED