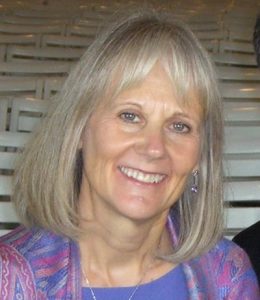 About Vicki Tapia: A native Montanan, Vicki Tapia has lived in south central Montana for most of her life. International speaker and advocate for breastfeeding and most recently, dementia awareness, she is the author of two books and numerous articles. Her first book, Somebody Stole My Iron: A Family Memoir of Dementia, began as a diary to help her cope with caregiving, after both parents were diagnosed with dementia. This memoir was a finalist in the 2015 High Plains Book Awards. Vicki’s … END_OF_DOCUMENT_TOKEN_TO_BE_REPLACED 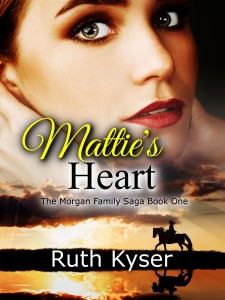 "Mattie's Heart" is Book One in "The Morgan Family Saga" series. As a newlywed, Mattie Welch Morgan had specific ideas about what her married life would be like. None of those thoughts included going to Montana with her husband to start a cattle ranch. But after Brady Morgan decides they are going out west to homestead a claim, Mattie has to change her notions about her future. Then tragedy strikes the Morgan family and Mattie is left struggling with her faith and wondering if her life is all … END_OF_DOCUMENT_TOKEN_TO_BE_REPLACED

Sometimes Mr. Wrong is Mr. Right. Speech therapist, Trinity Redfern, knows her perfect match is out there somewhere. And when she finds him he’ll be articulate, well-dressed and most of all he will let her call the shots. Reclusive rancher, Zane Nash, has heeded life’s lessons. Never trust anyone, especially a woman. But when he becomes an instant father to five-year-old Finn, he must trust the sassy speech therapist who takes over his ranch for the summer. Trinity is Finn’s last hope to … END_OF_DOCUMENT_TOKEN_TO_BE_REPLACED

About Roxanne Snopek: Born under a Scorpio moon, raised in a little house on the prairie, Roxanne Snopek said “as you wish” to her Alpha Farm Boy and followed him to the mountain air and ocean breezes of British Columbia. There, while healing creatures great and small and raising three warrior-princesses, they found their real-life happily-ever-after. After also establishing a successful freelance and non-fiction career, Roxanne began writing what she most loved to read: romance. Her small-town … END_OF_DOCUMENT_TOKEN_TO_BE_REPLACED 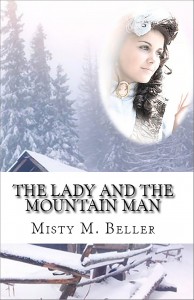 Leah Townsend, a recently orphaned heiress, flees Richmond after discovering her fiancé’s plot to kill her after their wedding. She needs a safe place to hide, and finds herself accepting a newspaper marriage proposal from a God-fearing young rancher in the Montana Territory. But when Leah arrives at the mountain ranch, she learns her intended husband was killed by a grizzly, leaving behind a bitter older brother and a spunky younger sister. When Gideon Bryant finds a city girl standing in … END_OF_DOCUMENT_TOKEN_TO_BE_REPLACED

This book is bargain priced from 01/30/2014 until 02/04/2014 Unbeknownst to her boyfriend, Sassy South Carolina hairstylist, Rainey Brown, is headed to Missoula, dead set on giving her minor league baseball player boyfriend of four years an ultimatum. Either put a ring on it or let her go, preferably not the latter. When Rainey's piece of crap car dies in the middle of Nowhere, Montana, she's sure she's a goner, until gorgeous restaurateur Beck Hartnett stops to help. Beck falls hard for … END_OF_DOCUMENT_TOKEN_TO_BE_REPLACED

From the stately Queen Anne mansions of the West Side to the hastily constructed shanties of Cabbage Patch, Lost Butte, Montana, traces the city’s history through its architectural heritage. The book includes such highlights as the Grand Opera House, once graced by entertainers and cultural icons like Charlie Chaplin, Sarah Bernhardt and Mark Twain; the infamous brothels protested by reformer Carrie Nation, wielding her hatchet and sharp tongue; and the Columbia Gardens, built by copper king … END_OF_DOCUMENT_TOKEN_TO_BE_REPLACED