After the sudden death of his father, young Mark Vergara, the oldest son of immigrant parents, was thrust into the role of principal breadwinner, working hard in the beet fields of Colorado to support his family. After joining the Army Air Corps and flying dozens of combat missions, he bore the physical and emotional scars of his time in the service, yet he was satisfied he had fulfilled his father's final wish that he do right by his family. From World War II to the Vietnam War, this tale of a … END_OF_DOCUMENT_TOKEN_TO_BE_REPLACED 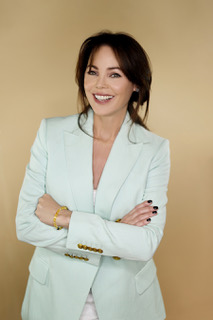 About Deborah Driggs: Deborah Driggs is the coauthor of Son of a Basque. Known for her acting roles in Night Rhythms, Total Exposure, and Neon Bleed, she has also been a Playboy centerfold and cover girl, as well as a top-rated insurance industry professional. She is a healing coach specializing in helping people overcome past trauma and transform their lives. She has overcome a number of challenges by being willing to take risks and maintain a positive attitude. What inspires you to … END_OF_DOCUMENT_TOKEN_TO_BE_REPLACED