Ripped from Earth by a horrifying translocation accident, Eliana Fisk finds herself stranded on a strange planet whose denizens want her as a human sacrifice. Meanwhile, her inventor husband, Amon, whose revolutionary but controversial machine is responsible for launching Eliana into the great unknown, desperately scours the stars to find his wife and rescue her from this terrifying alien threat. Can Eliana survive on a hostile world long enough for Amon to find her? She’ll have to win … END_OF_DOCUMENT_TOKEN_TO_BE_REPLACED 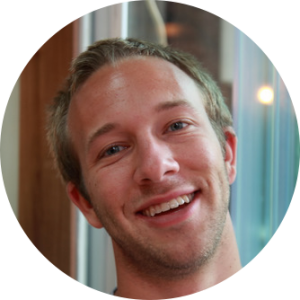 About M G Herron: M. G. Herron is speculative fiction author. After earning an English Lit degree from McMaster University, he spent two years traveling abroad while he honed his craft. Since he relocated to Austin in 2012, he has been earning a living as a writer in various capacities. He lives there still, with his girlfriend and his dog. Visit mgherron.com to learn more or get in touch. What inspires you to write? Moral dilemmas and choices. Danger. The intersections of people's … END_OF_DOCUMENT_TOKEN_TO_BE_REPLACED