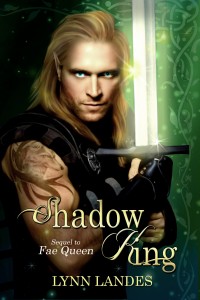 This book is bargain priced from 04/11/2014 until 06/30/2014 Fierce, Immortal, Lethal. He is the Shadow King… A sinister darkness is seeping in from all corners of the Earth. Gifted with phenomenal powers by the Fae Queen, Reese leaves the realm of the Fae as the first Shadow King. His orders, to protect humanity from this new threat. Myth. Legend. Queen… Ariana is of royal lineage. She sacrificed everything in order to protect her people, but who would protect her? Wounded and weak … END_OF_DOCUMENT_TOKEN_TO_BE_REPLACED