When a forensic psychologist warns the city of San Diego about a modern day Jack the Ripper on live TV, she becomes the killer's next target and must work with her black ops fiancé to catch the Savior before it’s too late. When honor becomes disgrace… When two boys form an alliance in 1958 Brooklyn, neither realizes that sworn friends will later become bitter enemies. John Edge and Vince DeMeneo live by a code. When that code is broken, it will cost them their children, because inevitably … END_OF_DOCUMENT_TOKEN_TO_BE_REPLACED 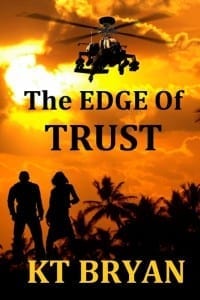 THE EDGE OF TRUST The stakes are incredible. Failure is unimaginable. The malice unthinkable. Living a nightmare… When EDGE operative Dillon Caldwell follows a direct order to bring down the Sanchez Brothers drug cartel, he never imagines that his wife, Sara, would be next on the cartel’s hit list. Dillon thought nothing could match the pain of losing his wife, but when Sara mysteriously turns up twelve months later, beaten yet alive, he realizes he was wrong. She has secrets … END_OF_DOCUMENT_TOKEN_TO_BE_REPLACED