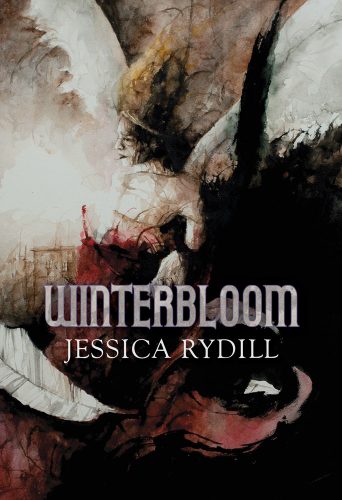 Winterbloom by Jessica Rydill Sophie Vasilyevich is a teenager growing up in Anglond, the child of exiles. Sometimes grass springs up where she walks, and her future holds an unusual fate: she is going to be kidnapped when she is sixteen, and no one can stop it. Taken between worlds to the city of Bath in 1920’s England, Sophie meets a young man called James Carnwallis, once a pilot in the Great War. But even as she falls in love, she learns more about the forces at work – and her fate in … END_OF_DOCUMENT_TOKEN_TO_BE_REPLACED

About Jessica Rydill: Jessica Rydill writes fantasy and collects Asian Ball Jointed Dolls, or BJD. Many are based on characters from her books. In her spare time she haunts National Trust properties and visits English parish churches in search of Green Men, Shelagh na Gigs and Misericords, and any traces of medieval art or sculpture. Jessica’s novels inhabit a parallel world known as Mir, where shamans have considerable powers, and magic is a part of everyday life. Steam trains and Norman … END_OF_DOCUMENT_TOKEN_TO_BE_REPLACED