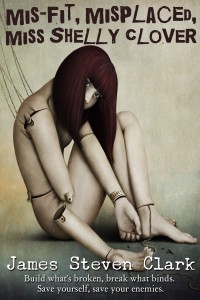 This book is bargain priced from 08/27/2014 until 11/09/2014 Shelly Clover lives on an Island with an incredible past and a dire present. She has an undiagnosed condition that complicates her life. Distinguishing between reality and illusion isn’t easy for Shelly… Something bad happened to her when she was three - an event so horrific - she suppressed it deep in her unconscious. Many years later, and on her birthday, she’s given a mysterious book written and addressed to her. In it, are … END_OF_DOCUMENT_TOKEN_TO_BE_REPLACED