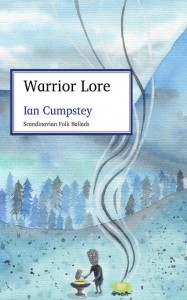 Warrior Lore is the second collection of Scandinavian folk ballads translated into English verse by Ian Cumpstey, following Lord Peter and Little Kerstin. These narrative ballads were part of an oral tradition in Scandinavia, and were first written down around 1600. Included in this book are stories of heroes and fighters, Vikings, and trolls. The legendary hero Widrick Waylandsson comes face to face with a troll in the forest. Thor resorts to cross-dressing in a bid to recover his stolen … END_OF_DOCUMENT_TOKEN_TO_BE_REPLACED