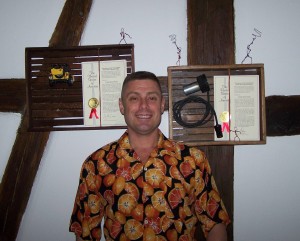 About Robert P. Wills: Robert P. Wills is a senior U.S. Army Chief Warrant Officer Four, Interrogator. That doesn't make him a bad person. He's been doing this sort of work for over 24 years and has decided that writing fantasy stories about unstable Gnomes was a logical career progression from writing intelligence reports. So he will concentrate on that when he retires in late 2014. Really late 2014. About as late in 2014 as one can be and still say "it was 2014 when I retired." He is … END_OF_DOCUMENT_TOKEN_TO_BE_REPLACED