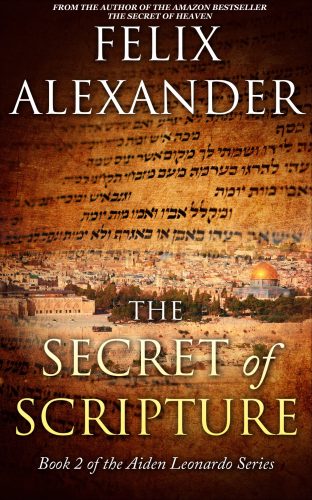 The Secret of Scripture by Felix Alexander An International Murder Mystery About the Conflict Between the Three Abrahamic Religions. An ancient prophecy. A devastating revelation. The Holy Land on the brink of war. When a theoretical physicist is found dead on the steps of the eastern triple arched Huldah Gates of the Temple Mount hours before a technological summit in Tel Aviv is set to begin, Professor of Biblical Studies Aiden Leonardo is sought for questioning in connection to the … END_OF_DOCUMENT_TOKEN_TO_BE_REPLACED