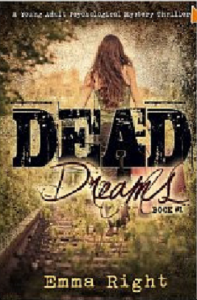 This book is bargain priced from 05/01/2014 until 05/15/2014 Eighteen-year-old Brie O’Mara has so much going for her: a loving family in the sidelines, an heiress for a roommate, and dreams that might just come true. Big dreams--of going to acting school, finishing college and making a name for herself. She is about to be the envy of everyone she knew. What more could she hope for? Except her dreams are about to lead her down the road to nightmares. Nightmares that could turn into a deadly … END_OF_DOCUMENT_TOKEN_TO_BE_REPLACED

Author Bio: Emma Right is a happy wife and homeschooling mother of five. Besides running a busy home, she regularly reads and writes stories for children. She enjoys writing stories with themes involving family-life, friendship, faithfulness, and seeking wisdom, all in an imaginary fantastical world. She has written several young adult novels and plans on writing many more. Right worked for two advertising agencies and has won several major awards, including the prestigious Clio Award. She … END_OF_DOCUMENT_TOKEN_TO_BE_REPLACED 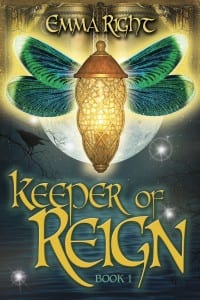 Books written in blood. Most are lost, their Keepers with them. A curse that befell a people. A Kingdom with no King. Life couldn’t get more harrowing for the Elfies, a blend of Elves and Fairies. Or for sixteen-year-old Jules Blaze. Or could it? For Jules, the heir of a Keeper, no less, suspects his family hides a forgotten secret. It was bad enough that his people, the Elfies of Reign, triggered a curse which reduced the entire inhabitants to a mere inch centuries ago. All because of one … END_OF_DOCUMENT_TOKEN_TO_BE_REPLACED