He wears neither cape nor cowl, but Zulu is a superhero, nevertheless. Raised from the dead as a revenant more than a century ago, Zulu possesses superhuman speed, undetectable stealth, and a keen intellect. His only companion is Morgan the Seer, an old man cursed with longevity and the ability to see the future. Zulu has spent a lifetime training with Morgan to save the people in his visions from certain and violent death. Malchus, Morgan's long dead twin brother and a powerful … END_OF_DOCUMENT_TOKEN_TO_BE_REPLACED 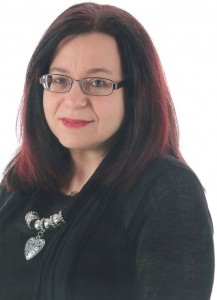 Author Bio: Teacher of English and Computer Studies by day, wife and mother by night and author whenever she can steal some time, Elise Abram is the proud author of PHASE SHIFT, THE MUMMY WORE COMBAT BOOTS, and THROWAWAY CHILD, available on Amazon and KoboBooks. She pens a blog about literature, popular culture and the human condition whenever the muse moves her. Elise's fourth book, a young adult paranormal thriller entitled THE REVENANT is now available on Amazon and Barnes and Nobel or … END_OF_DOCUMENT_TOKEN_TO_BE_REPLACED