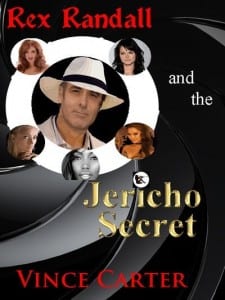 "Move over James Bond. It's Rex Randall in the 21st century." This is what Vince Carter says about his new novel, Rex Randall and the Jericho Secret. This action thriller is about an adventurous author and the 5 beautiful women with whom he lives. The Story. Rex Randall is the world famous author, known for his Incognito series of books and movies. His main character, Jason Hendrix, has a loyal following around the world, eager to read about his next exploits. This is especially … END_OF_DOCUMENT_TOKEN_TO_BE_REPLACED