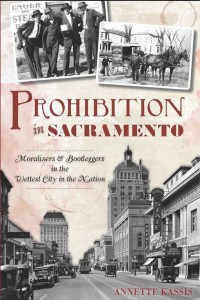 Sacramento's open opposition to Prohibition and ties to rumrunning up and down the California coast caused some to label the capital the wettest city in the nation. The era from World War I until the repeal of the Eighteenth Amendment brought Sacramento storied institutions like Mather Field and delightful surprises like a thriving film industry, but it wasn't all pretty. The Ku Klux Klan, ethnic immigrant hatred and open hostility toward Catholics and Jews were dark chapters in the Prohibition … END_OF_DOCUMENT_TOKEN_TO_BE_REPLACED