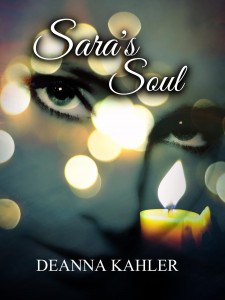 Sara sees death. Everywhere. It haunts her in her sleep. It appears as visions. And now death beckons her to join it. Psychic since childhood, Sara is convinced she’s living a curse. Instead of foreseeing uplifting life events, she’s haunted by images of other people’s demise. Her mother, who has been long deceased, once told her she could communicate with spirits and that a beautiful paradise awaited those who passed. But Sara never saw that. Now an adult, she’s certain that death is the … END_OF_DOCUMENT_TOKEN_TO_BE_REPLACED 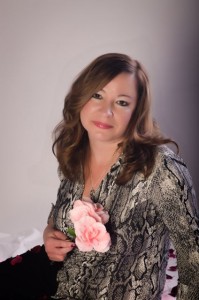 About Deanna Kahler: Award-winning author Deanna Kahler is a proud mom and an accomplished writer. She began writing as a young child and enjoys the opportunity to reach others and make a difference in their lives. "Sara’s Soul" is her fourth book. It was designed as a follow-up novel to "Echoes of Paradise," a paranormal love story about the afterlife. Two of her books have been honored with awards. "From Pain to Parenthood" was named a finalist in the 2014 Next Generation Indie Book … END_OF_DOCUMENT_TOKEN_TO_BE_REPLACED

This book is bargain priced from 02/10/2014 until 02/28/2014 Does Love Survive Death? When Celeste’s one true love Connor dies, she’s left with many questions and regrets. Caught in a web of painful memories from her troubled past – and a complicated marriage to a materialistic executive – she ventures into an unknown world. What she experiences makes her more determined than ever to find out what really happens after death and what became of her lost love. Her journey takes her to places … END_OF_DOCUMENT_TOKEN_TO_BE_REPLACED

Follow one woman's incredible and heartfelt journey from the pain of miscarriages to the joy of becoming a parent through adoption. Witness the many struggles that can permeate your life in the aftermath of pregnancy loss. Take a glimpse at the overwhelming desire some women have to become a mother. Celebrate the joy of overcoming adversity and achieving your dreams. Filled with honest, raw emotions and helpful coping tips, "From Pain to Parenthood" promises to touch your life with a real … END_OF_DOCUMENT_TOKEN_TO_BE_REPLACED