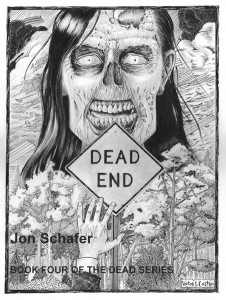 The Final Book in The Dead Series: Trapped in the Happy Hallow Insane asylum by thousands of the dead, Steve, Heather, Tick-Tock and the rest of the group search for a way out. With tens of thousands of reanimated corpses also coming towards them, time is running short as they plan a way to get Cindy, a ten-year old girl that is immune from the HWNW virus, to safety. She is their only hope for finding a cure to the disease that reanimates the dead into beings that are compelled to eat … END_OF_DOCUMENT_TOKEN_TO_BE_REPLACED