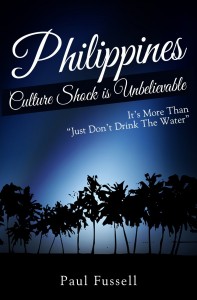 This book is bargain priced from 07/29/2014 until 07/31/2014 When author Paul Fussell was asked to go to the Philippines on a moment’s notice, he dropped into a cultural shock even though his business had previously taken him all over the world. “Americans take for granted things that are a luxury in other parts of the world. We are not expecting such beautiful people with such nasty habits”. Toilet paper is a rarity. In this book he describes what he learned on multiple trips by sharing his … END_OF_DOCUMENT_TOKEN_TO_BE_REPLACED