Portrayed by Christopher Walken in Kill the Irishman, now Shondor Birns has his own book. Alex "Shondor" Birns was a notorious Jewish mobster once known as Public Enemy Number One. Through the turbulent sixties, he controlled a primarily black gambling empire. And at his side was Ellie, the young schoolteacher turned mob moll. Targeted Age Group:: 18 and over What Inspired You to Write Your Book? For me, Shondor Birns was another colorful underworld character similar to Danny Greene, … END_OF_DOCUMENT_TOKEN_TO_BE_REPLACED 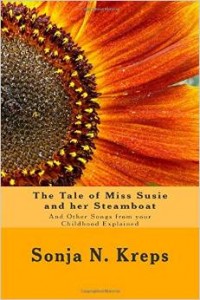 Based on the song, "Miss Susie had a Steamboat," which is just a simple song from your childhood, right? But have you ever wondered how Miss Susie got into all those messes? Or what that song was specifically referring to? Imagine that the story of Miss Susie isn't an innocent, age-appropriate song. What if she was a party girl, whose life intertwined with other campfire song characters? Forget the eight-year old thrill of almost saying a bad word while chanting this song over slapping … END_OF_DOCUMENT_TOKEN_TO_BE_REPLACED