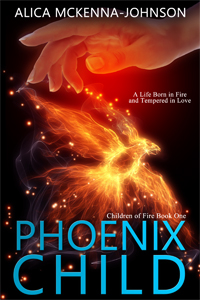 Sara is just another group home kid. She’s given up on being part of a family and has planned out her life as a child of the system. Then she wakes on her fifteenth birthday, with ruby red streaks through her now midnight black hair and strange powers she did not know she possessed. Enrolling in classes at the San Francisco Center for the Circus Arts, she meets strangers with frightening powers who say they are family, with a four thousand year old god as a common ancestor. As Sara … END_OF_DOCUMENT_TOKEN_TO_BE_REPLACED