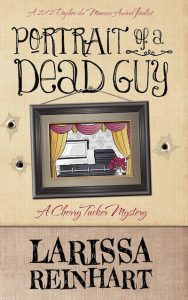 In Halo, Georgia, folks know Cherry Tucker as big in mouth, small in stature, and able to sketch a portrait faster than buckshot rips from a ten gauge -- but commissions are scarce. So when the well-heeled Branson family wants to memorialize their murdered son in a coffin portrait, Cherry scrambles to win their patronage from her small town rival. As the clock ticks toward the deadline, Cherry faces more trouble than just a controversial subject. Between ex-boyfriends, her flaky family, an … END_OF_DOCUMENT_TOKEN_TO_BE_REPLACED 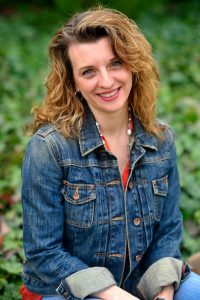 About Larissa Reinhart: A 2015 Georgia Author of the Year Best Mystery finalist, Larissa writes the Cherry Tucker Mystery series. The first in the series, PORTRAIT OF A DEAD GUY (2012), is a 2012 Daphne du Maurier finalist, 2012 The Emily finalist, and 2011 Dixie Kane Memorial winner. The sixth mystery, A COMPOSITION IN MURDER, releases November 15, 2016. The first in her Maizie Albright Star Detective series, 15 MINUTES, releases January 24, 2017. Her family and Cairn Terrier, Biscuit, now … END_OF_DOCUMENT_TOKEN_TO_BE_REPLACED