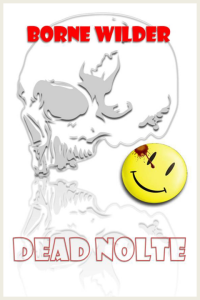 Dead Nolte is a strange and funny look at death and greed and the dimensions beyond our own. In the book, I pull no punches, nor make any apologies. Nolte is among the foulest humans to ever walk the Earth and has been his entire life. The candidate least deserving of a final reward has learned how to cheat the system, avoid judgement and live forever, but before he can be raised from the dead, he has to die. Once he's dead, everyone wants him to stay that way. Nolte's not about to let … END_OF_DOCUMENT_TOKEN_TO_BE_REPLACED