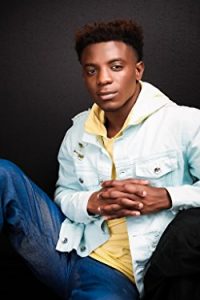 About Keandre Curry: Afar thirty miles from his hometown Georgiana, Keandre’ Curry was born in Andalusia, Alabama, on January 4th, 1995. Raised in a military home, he moved from Norfolk, Virginia to Great Lakes, Illinois. There in “The Quarterdeck of the Navy,” he started a grassroots charity to stop crime in the year 2005. Through the charity’s online website, he educated thousands of people and promoted resources for the families of crime victims. Two years later, in the summer of 2007, … END_OF_DOCUMENT_TOKEN_TO_BE_REPLACED