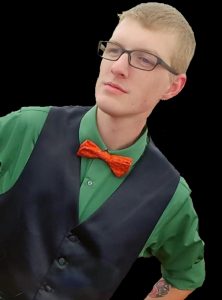 About Bailey Ordiway: Dropping out of high school at 16 and getting his GED and attending college at 17, Bailey has always had an avid interest in writing from a young age, writing many stories for papers and school magazines. He grew up mainly around Michigan, eventually settling in the Upper Peninsula. He began writing his first novel "Blackout" right after dropping out of high school and continued writing it while attending college. It was released at the end of his first semester, … END_OF_DOCUMENT_TOKEN_TO_BE_REPLACED