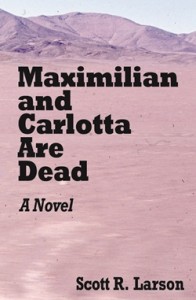 In the summer of 1971, Dallas Green and Lonnie McKay made a spur-of-the-moment decision to leave their hot, dusty farming town and head south to Mexico in Lonnie's 1965 Chevy. They told each other they were going down there to find a friend who had disappeared a few years before, but the truth was that what they were really looking for was an escape from work, the draft, the war, and the prospect of having to finally grow up. Scott R. Larson has drawn on his own memories of growing up in the San … END_OF_DOCUMENT_TOKEN_TO_BE_REPLACED