The reader is introduced to Ollie and told he suffers from OCD (obsessive compulsive disorder). Ollie has a school concert where he is meant to be playing the keyboard, but he discovers he can’t use his own keyboard. The reader is told why this can be a problem for people with OCD. Ollie’s dad has the idea to take Ollie’s own keyboard in for the concert which he does as a surprise for him. Ollie is then able to deal with his OCD and play in the concert. This book gives an insight into how … END_OF_DOCUMENT_TOKEN_TO_BE_REPLACED The reader is told of an upcoming birthday party, and Alice is introduced. The reader is then told Alice has autism, and some of the implications this has on Alice’s life. The reader is taken through Alice’s journey of how she feels and what she struggles with. Alice makes the sad decision not to go to her friend’s party, and her mum comes up with the idea to hold a special party afterwards (which is less intimidating for someone with autism). Alice reconsiders and makes the decision to go to … END_OF_DOCUMENT_TOKEN_TO_BE_REPLACED The reader is introduced to Emma and told she is starting a new school. Emma is very nervous and worries about being treated differently, but her classmates are kind and welcoming. After she has settled in, Emma has an epileptic fit in school and her friends are around to help her through it. Following the fit, Emma is thankful for her friends and no longer embarrassed by her condition. This book identifies some of the symptoms of epilepsy, how someone with the condition feels and how their … END_OF_DOCUMENT_TOKEN_TO_BE_REPLACED The reader is told of an upcoming spelling test, and how Dylan is very worried about it. The reader is then told Dylan has dyslexia and the impact this has on his life. Dylan doesn’t do very well in the spelling test and feels sad, but has a good friend who comforts him. Dylan later discovers his friend is very worried about sports day the following day, which cheers him up as he loves sport. The two friends realise everybody has different strengths and weaknesses in life, and learn it doesn’t … END_OF_DOCUMENT_TOKEN_TO_BE_REPLACED 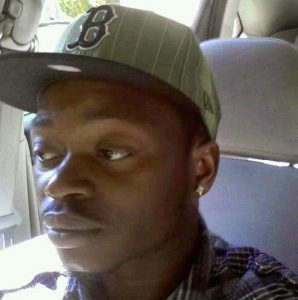 About Bernard Katina: Born in the Democratic Republic of Congo in 1989. Moved to the United States in 2000. Read my first book titled, "Death Before Dishonor: A Civil War Of A Wounded Soul" in order to get the full biography. What inspires you to write? My life experience inspire me to write. Tell us about your writing process. All i do is start writing everything out from beginning to end, after that i go back and break down each chapter and add more details. That's how … END_OF_DOCUMENT_TOKEN_TO_BE_REPLACED