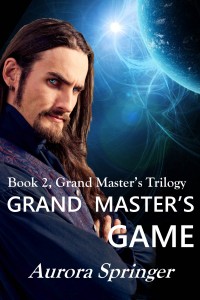 Spin across the galaxy as Violet and her Grand Master hunt their enemies. Cracks in the portal web threaten galactic civilization, and suspicions fall on the mysterious Grand Masters with their immense psychic powers. Once, there were twelve Grand Masters, humans and aliens, on the Council. Now there are eleven. One was killed when the young pawn, Violet, rescued her Grand Master, Athanor, from the Red Queen’s dungeon. The Red Queen fled the fight and now she lurks out of sight, regenerating her … END_OF_DOCUMENT_TOKEN_TO_BE_REPLACED