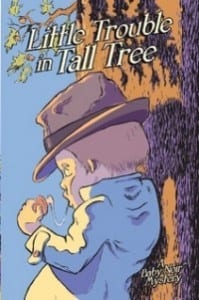 Beneath the peaceful exterior of the leafy town of Tall Tree, the brutal baby gangster underworld is simmering to a hard boil.  Squeezy the Cheeks, undisputed leader of the long ruling North Wood crew, is facing the toughest challenge of his career: his archnemesis Harry the Rash, who rules the Poopypants Gang with an iron rattle, is making a play for Squeezy’s territory.  Mama’s Boy, the freshest recruit into Squeezy’s mob of infant thugs, is unwittingly thrust into the middle of the massive … END_OF_DOCUMENT_TOKEN_TO_BE_REPLACED