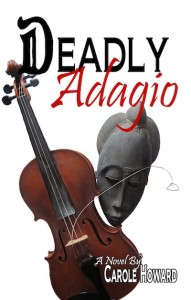 DEADLY ADAGIO is a murder mystery set in West Africa with a musical undertone. Emily Radly chafes at being the wife of a U.S. Foreign Service Officer. When her friend and orchestra-buddy, the wife of the Peace Corps Director, is murdered, the official investigative team seems to jump to the conclusion that it's random anti-American violence. Emily suspects it may have been something else, though. Everyone tells her not to get involved in the investigation because it might put her in harm's … END_OF_DOCUMENT_TOKEN_TO_BE_REPLACED