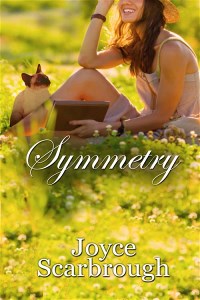 Jessica Cassady is a copyeditor for a small newspaper in Georgia where her husband Lee is a sportswriter. While he’s at a convention in New York, Jess calls his hotel room in the middle of the night and a woman answers the phone. Lee swears things aren’t what they seem, but Jess still kicks him out. While she’s deciding whether or not to believe his story and forgive him, she realizes her hair pulling is more than just a nervous habit and finds out she has a condition called trichotillomania. As if that’s not enough to deal with, her domineering mother shows up for a surprise visit.

Things become even more complicated when she runs into Noah Hamilton, a sweet, unassuming history teacher from her past. Jess’s interest in Noah makes Lee even more determined to win back his wife. Sparks fly as these two polar opposites on the testosterone scale compete for Jess’s affection, and it makes Jess wonder if she should forego the beefcake brigade and give the sensitive type a try like her cat and her best friend Deb want her to do, or should she give in to the addictive rush she’s always felt whenever she’s close to Lee?

Will Jess be able to find her emotional center, decide which man is right for her and finally achieve the symmetry she craves in every aspect of her life? It’s enough to make any girl pull out her hair!

What Inspired You to Write Your Book?
Like the heroine in this book (and over 40 million people worldwide) I also have trichotillomania (TTM) although no one would ever know it if I didn’t tell them because I have enough hair for three people. However, I don’t consider it a mental illness because it’s a nervous system disorder. I wanted to present myself and my heroine as positive role models for people with TTM, and I decided to put the issue in a novel rather than doing a reference book about it because I wanted to raise awareness of TTM in the general public and the woefully uninformed medical community. I’m tired of people with this common disorder being told by their doctors that they’re crazy or defective when they simply have a nervous system imbalance that is no more shameful than diabetes or high blood pressure.

How Did You Come up With Your Characters?
Jess is a lot like me, but she also represents a lot of women who are dealing with marriage problems, difficult relationships with their mothers, their ticking biological clocks, and dissatisfaction with where they are in their careers. That makes her sound like the heroine in a chick lit novel, and I guess she is. But it’s chick lit for women who own more books than shoes.

Book Sample
Jess always woke a second before she could complete the castration. Curses, foiled again.

She blinked at the red numbers projected onto her ceiling by the clock on her night stand—4:23 a.m. Plenty of time to go back to sleep and finish the job, but she knew it was useless. She’d only end up dreaming about giving birth to a canned ham or grocery shopping in her pajamas, and Lee’s manhood would escape the knife again.

She snuggled against the body pillow occupying his place beside her in bed and got an indignant rowl from the Siamese cat curled up there. Jess smiled at the thought of what Lee would say about letting Ming sleep with her and decided maybe she’d tell him he’d been replaced by his feline nemesis when she saw him at the meeting later that morning.

She fell asleep reminding herself of how much better off she was without her two-timing, cat-hating, conceited jerk of a husband, and she dreamed he made love to her on the conference table at work, castration the furthest thing from her mind.

God, she hated him.

About the Author:
JOYCE SCARBROUGH is a Southern woman weary of seeing herself and her peers portrayed in books and movies as either post-antebellum debutantes or barefoot hillbillies á la Daisy Duke, so all her heroines are smart, unpretentious women who refuse to be anyone but themselves. Joyce has four published novels as well as several short stories available as Kindle downloads. She writes both adult and YA fiction and is active in her regional chapter of SCBWI. Joyce has lived all her life in beautiful LA (lower Alabama), she’s the mother of three gifted children and a blind Pomeranian named Tilly, and she’s been married for 31 years to the love of her life—a superhero who disguises himself during the day as a high school math teacher and coach.