When meteorological events align and launch Winter Storm Abe on an unprepared populace, the U.S. struggles during the worst megastorm in its history. As the weather worsens, radical environmentalists exploit the natural disaster with cyber attacks designed to disrupt America’s supplies of fuel, food, and electrical power. Societal conditions deteriorate, and the U.S. Government is quick to declare martial law, but slow to deliver relief supplies. Only those skilled at survival will endure this one-two punch to the soft underbelly of a technologically dependent civilization.

While elk hunting in Colorado’s Rockies, Gus catches on that he is fast becoming snowbound in a high-altitude blizzard. Making his way out of the mountains, Gus encounters critters that help and characters that kill.

On a cross-country bicycle trek, Andy gets glazed over in an East Texas ice storm. Trapped at a roadside convenience store with the farmer’s daughter might be the stuff of dreams, if it didn’t include a jealous ex-boyfriend, big-city gangs, and hungry cattle rustlers.

Tess, solo sailing on the Chesapeake Bay, is caught in rapidly changing climates, both meteorological and political. As a female on her own, deadly heat waves and tornadoes aren’t the only dangers she has to face, and Abe isn’t the only adversarial male to show up on her radar. 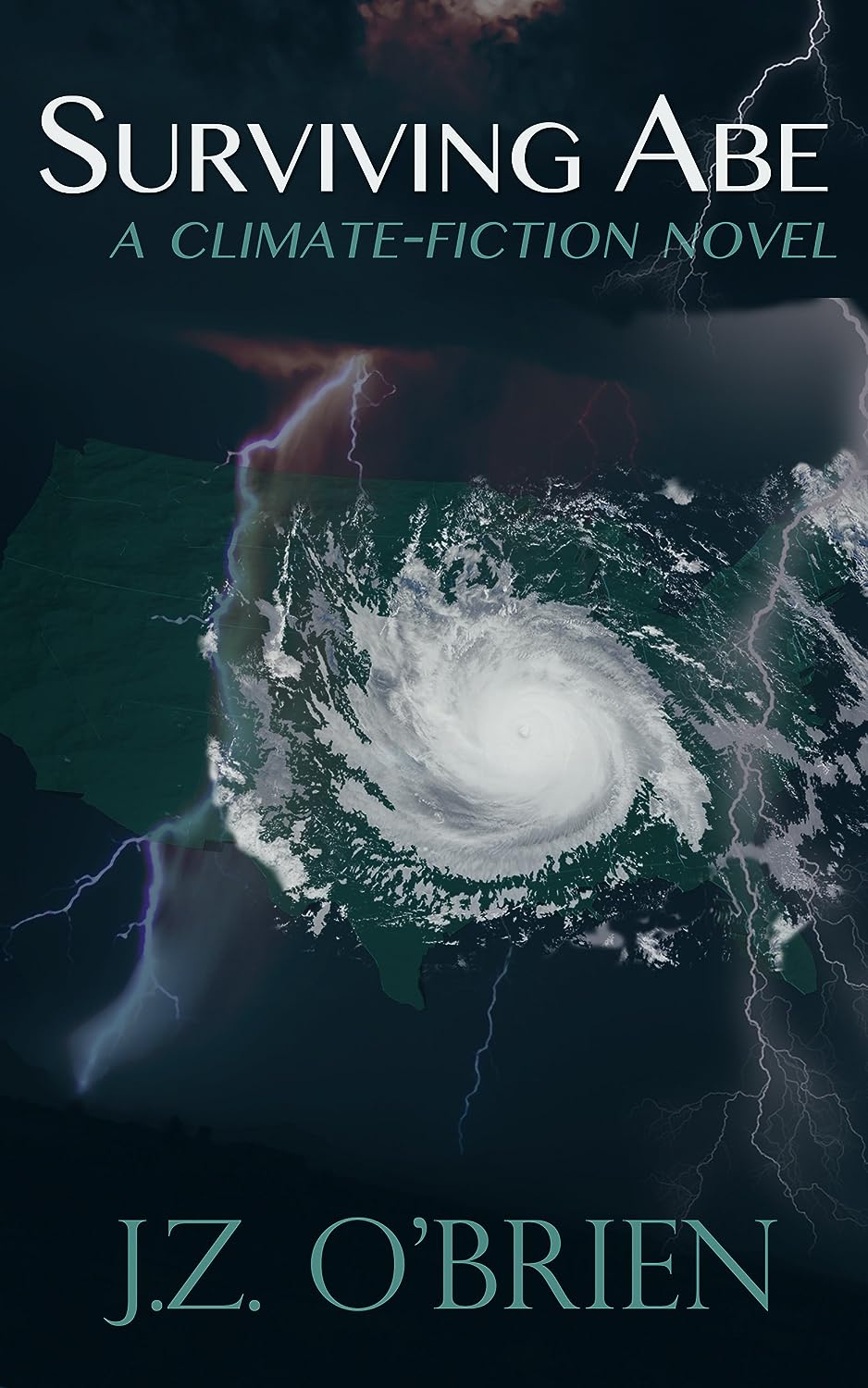 How is Writing In Your Genre Different from Others?
It’s only fiction until the next megastorm hits, then it becomes a tale of survival.

What Advice Would You Give Aspiring Writers?
Take advantage of the resources the Information Age gives to writers from researching to publishing.

Author Bio:
J.Z. O’Brien was born and raised in the high-country, ranching community of North Park, Colorado, where his fondness for wide open spaces began. Serving in the Marines for eight years, sailing from Maine to Seattle, pedaling a bicycle from Galveston, Texas to Vancouver, Canada and back, J.Z. has been on some interesting detours while pursuing his romance with empty expanses; all at the mercy of the weather.

Currently, J.Z. and his wife, Cheryl, live in California during the winter months and Grand Junction, Colorado for the rest of the year, as he realizes his life-long goal of writing stories. Surviving Abe, as his debut novel, will be followed by other adventure stories.

What Inspired You to Write Your Book?
Being a life-long avid reader and imaging the world my grandchildren will live in.