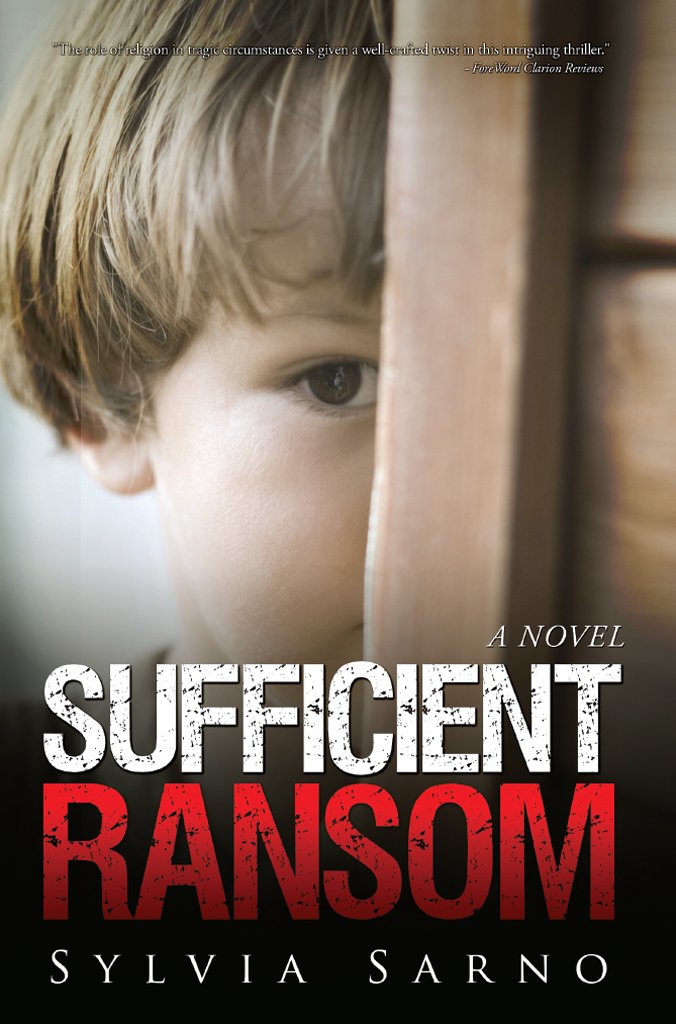 Ever wonder what it feels like to have it all—family, career, health, money—and not be happy?

Ann Olson takes her life for granted until her young son, Travis, disappears from the backyard one evening. Searching for her son, Ann throws caution to the wind. Soon, she finds herself enmeshed in the seedy world of Mexican drug dealers who operate just across the border in Tijuana. Does Ann, an atheist, embrace Christianity despite her husband warning that her pastor friend is more interested in converting her than in finding Travis? Does she make it out of the drug tunnel alive, or is her rashness her downfall? And is Travis’s disappearance related to that of other recently missing children in San Diego? A story of a mother’s love, courage in the face of evil, and her unexpected journey of self-discovery along the way.

What Inspired You to Write Your Book?
Sufficient Ransom was inspired by my childhood years living in Italy. After a high profile kidnapping in Rome in the 1970’s, bodyguards began accompanying some of my Italian classmates to school. I remember my parents talking about their own fears of kidnapping. Decades later, those childhood impressions re-surfaced and inspired Sufficient Ransom.

How Did You Come up With Your Characters?
The main character, Ann Olson, came to me when I first got the idea for the book. I wanted a character that was both flawed (not in a major way) and virtuous. Her creation gave me a lot of trouble. I went through several iterations until I was happy with her.

The other characters all kind of just came to me. I know it sounds lame but that’s how it happened!

Book Sample
Ann Olson stood in her kitchen feeling like an animal shoved into a cold, airless box. The two detectives who had responded to their 911 call were combing the backyard for clues to Travis’s whereabouts. Like a drumbeat on her brain, pummeling away at her incredulity, at the innocent part of her that never before believed that true evil existed, the reality of her son’s disappearance forced itself upon Ann, choking her with sobs.
When Richard tried to take her hands in his, she pushed him away. “You didn’t believe me!” she said. “You said I make everything a crisis. Now do you think I’m crazy?”
His eyes were tortured. “Please don’t do this, Ann.”

About the Author:
My love of stories started when I was very young. Listening to my Dad’s simplified version of Shakespeare at bedtime awakened my imagination. When I was six, I moved from suburban Boston to Italy with my family. Living in a two-bedroom apartment in the industrial city of Turin we didn’t own a television. I spent my free time reading The Hardy Boys, Nancy Drew, and many other juvenile fiction classics. My passion for literature really took hold during those years.

We returned to the States when I was eleven, to the same house on an acre of grass and trees that we had left. The main floor of our home was always neat and clean, with plastic covers on the common area furniture to keep the children and the dust off, while downstairs my father’s thousands of stacked books held dusty court. To this day, I love well-used books.

As the time to start college drew near, I remember considering, then nixing, the idea of a career as a novelist. Young and impatient, writing a book seemed so arduous to me. I wanted to work in business and make money. At Boston College, I majored in English because I loved the subject. I figured I would learn about business by working in companies, not by studying them. After a stint in commercial real estate, I decided I didn’t want to be a developer after all. After working on Wall Street I decided that I didn’t want to run a big company or be an analyst or a banker. And after running my own recruiting firm for many years I decided that what I really wanted to do was write novels.

Links to Purchase eBooks
Link To Buy Sufficient Ransom: A Novel On Amazon