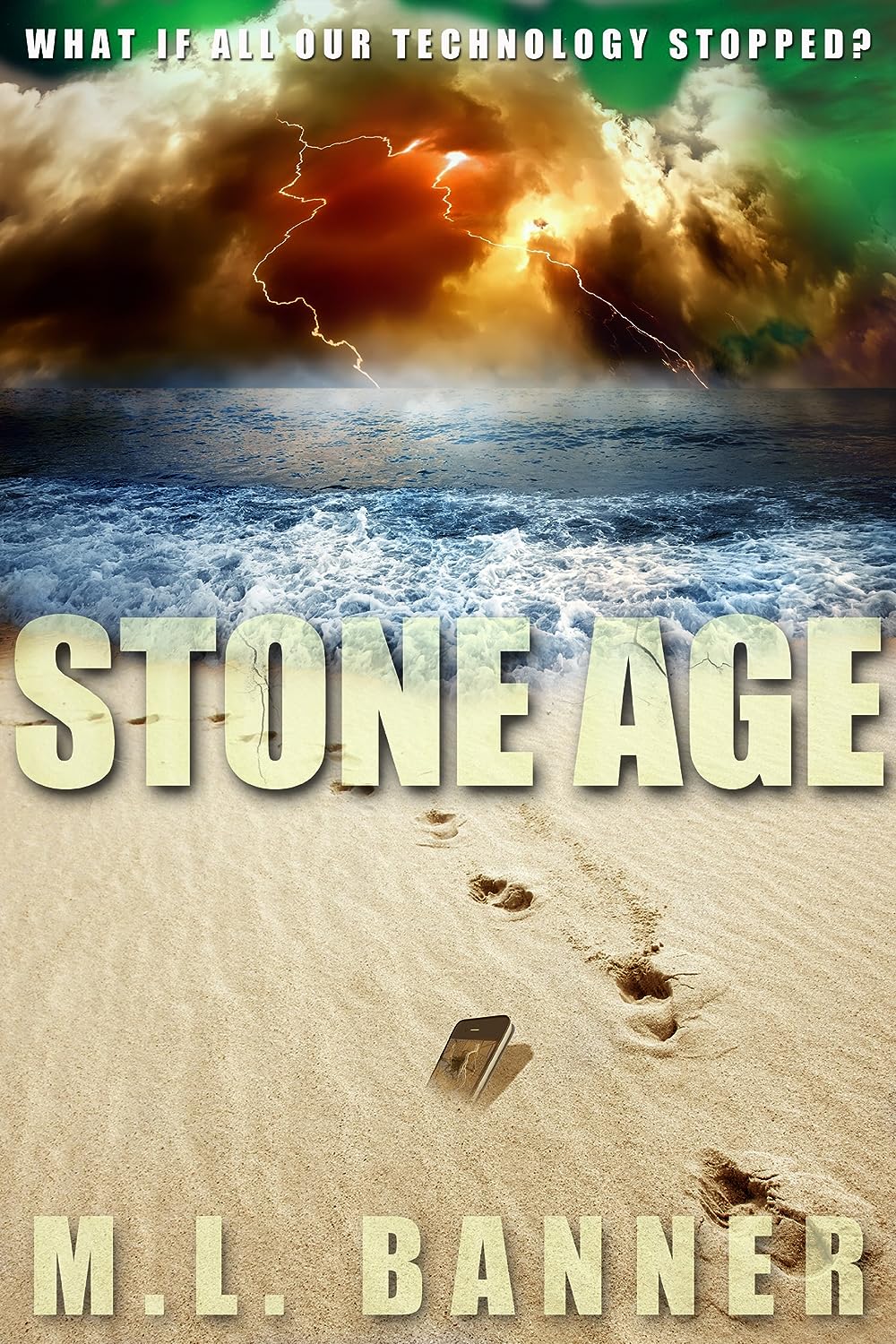 Our Earth is fighting a daily battle, shielding us and our life-giving technology from the electromagnetic ravages of the sun. Every 100 years or so, we are hit by an epic solar storm which could devastate our world’s electrical-based society were it to strike today.

“Any day now we will be hit with a solar storm that will return us back to the Stone Age!”
– Noted astrophysicist, Dr. Carrington Reid
~ ~ ~ ~ ~ ~ ~ ~
The Stone Age series explores three different time periods on earth, all affected by the same act of nature: A miner during the Gold Rush in 1859; a wanderer during the Stone Age; a family separated between a vacation home in Mexico & their Mid-West American home. All will struggle to survive and along the way, find real purpose to their existence.

Stone Age is the first book in the exciting Stone Age series. Find out whose lives are lost, what mysteries are uncovered, and which secrets are revealed; all interconnected to the present day apocalypse that destroys the Earth’s technology.

Are you prepared for Stone Age?

What Inspired You to Write Your Book?
I read an article about how a large coronal mass ejection – just think solar storm – could take our power grid down for decades. This scared the crap out of me. I wondered if we ever had a bad solar storm in the past and I read about the Carrington Event of 1859. I thought, “Wow, this is not only scary, this would make a great book – One that covered both the events in 1859 and an equally large event today, now that we are completely dependent on our technology. I couldn’t believe that no one had written this story… that is until I published STONE AGE.

How Did You Come up With Your Characters?
I started with one or two characters who were first somewhat like me, so that I could relate. The other characters wrote themselves into the book. I’m serious. I started writing about them and then they took the story from there.

Book Sample
“Bill heard the gunshot, just below the terrace. Maybe a minute later, he heard another gunshot which resonated below, this time more muffled.

“Dammit. Focus, Bill,” he yelled, lowering his face again behind the eyepiece of the 50 caliber Barrett sniper rifle. The sight picture was instantaneous and his target was getting closer.

However, the damned image wouldn’t stay still. The lead stranger was walking toward him, but the vaporous heat of the dusty Mexican road added a surreal undulating distortion to the landscape in his eyepiece, as if just below and out of sight, the desert was on fire. Bill was shaking. In spite of the firmness of the gun’s bipod and the 90-degree heat, he was chilled by the awful task given to him. His chest was pounding so hard, he felt as if his ribs were being bruised from the inside by each rapid beat of his heart. The heat, the humidity, the movement of his enemy, along with his fear, all conspired to cause his target to dance around the rifle’s crosshairs, which he was having more and more difficulty holding still over the man’s body. You can do this.

He enjoyed hunting animals and he had taken down many over the years, albeit with weapons far less complicated and powerful. But, he had never shot a person, thankfully. Even with their Christian faith, his wife and he never questioned their firmness in killing someone who had broken into their house or threatened their family, having discussed this possibility on numerous occasions. That scenario always seemed easy. After all, it would be defensive and perhaps reactionary, with no time to think. The contemplation before pulling this trigger was certainly different. But, isn’t it also defensive, he reasoned.”

About the Author:
I am a writer/entrepreneur. I have been writing articles for 15 years about small businesses for the company I founded, smallbiz.com. I wrote STONE AGE for pleasure and as a warning, because the threat of losing our power grid from solar storms is very real. I’m working on STONE AGE – New Realities, the second book in the series right now, as well as working on another post-apocalyptic novel. So, readers, not to worry, there’s more coming.

I am married to an incredible wife who supports my passions. I joke that I’ve been married three times: to my wife, my business, and now my writing. My wife is starting to get jealous! We live in Tucson, Arizona, and spend as much time at the beach in Rocky Point, Mexico, about four hours away – Hint: this is where much of STONE AGE is set. When not in Mexico, or in Tucson writing, Lisa and I serve at our church.