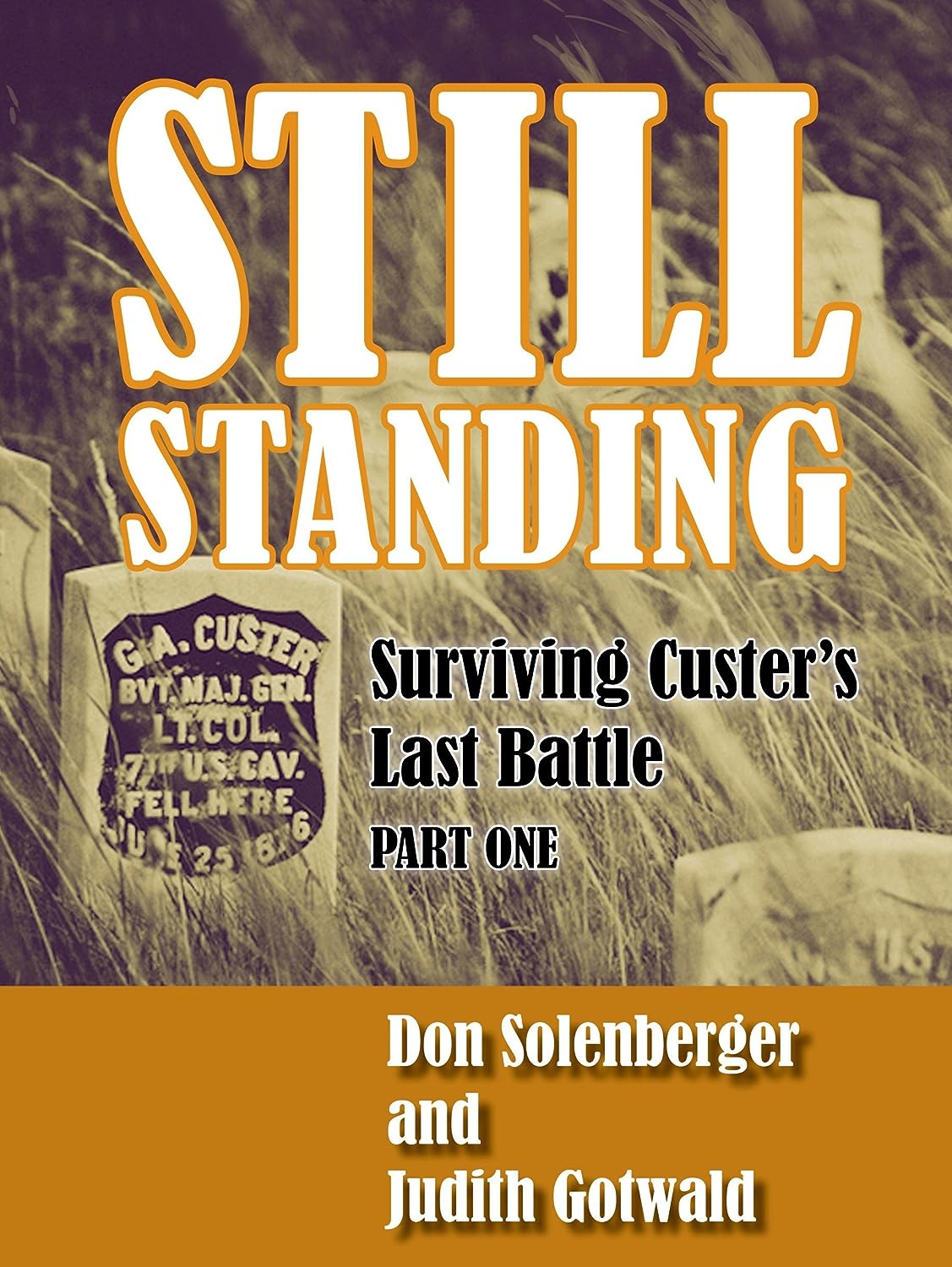 Still Standing is a fantasy that has been living in Don Solenberger’s mind for many years, yearning to be told. Don’s mother homesteaded on the Dakota plains and often retold the story of a wagon rolling into town with its passengers suffering from arrow wounds. Don worked for the Connecticut Life Insurance Company, who had as an early president, Jacob Greene, the best man at the wedding of George Armstrong Custer and Elizabeth Bacon. He has had a lifelong fascination with Civil War history. He was intrigued by the life of Custer’s widow, who outlived her husband by 54 years. She became a woman entrepreneur, mostly retelling her husband’s exploits in books and worldwide lecture tours. Her devotion prompted the thought, “What might have happened to two ambitious lovers had the Battle of the Little Big Horn not separated them?”

What Inspired You to Write Your Book?
I was always interested in history and American politics. I worked for the insurance company once headed by Jacob Green, the best man at the Custer wedding. This book combines all my interests.

Book Sample
Chapter 2
The boys stooped low and ran away from the River Raisin towards the farmhouse and barn. They didn’t stop until they found shelter in the barn and closed the barn door behind them. Autie pointed toward an empty horse stall and the boys took refuge together behind a second closed door. “You’ll be safe here for now,” Autie said in a hushed voice. All three collapsed into the hay.

“Where are you headed?” Tom ventured.

The Negro boy was still hesitant to speak, but he weighed the facts. These boys had helped him, and he didn’t have anywhere else to turn.

Sam gasped for breath. He was both scared and excited.

“Take it easy. You are safe for now. I’m George Armstrong Custer. This is my brother, Thomas. They call me Autie. They call him Tom. What do they call you.”

“Sam.” His one-syllable name was about all he could manage at the moment.

“Sam, you are indeed close to Canada. Why, if you can swim you are home free.”

“We can swim,” Tom piped in. Autie shushed his younger brother. “That won’t help him now, will it, Tom?”

“Where are you running from?” Autie asked.

“That’s horse country.” Tom said with excitement. “Can you ride?”

“Fo’ sure!” Sam said. Sam gained energy and confidence with the opportunity to speak with authority on a topic that clearly interested his newfound friends.

“Work horses mostly, but since I small, Master has me ride the ﬁne horses now and ag’in. I keeps them in shape.”
Autie looked at the slave boy with a peculiar envy. Up until now, he had not given slavery much thought. His father and friends often discussed slavery around the Custer dinner table and at farmers’ meetings, but they seemed to be mostly concerned with farming economics, not the hearts and souls of the enslaved laborers. Autie was face to face with a slave for the ﬁrst time, a boy near his own age…and this slave had access to the ﬁnest horses!

He shook off his irrational envy and returned to the problem at hand.

“Perhaps, perhaps not—at least not yet! Tom, remember that prank we are planning to play on Bos tomorrow?” Tom nodded. “Well, it might work even better with Sam’s help!”

Autie told the boys his plan, working out the details as he went.

Sam would spend the night in the barn. Both Autie and Tom would take some extra food from the dinner table to avoid being noticed.

“See that horse there?” Autie pointed to one of the six in the stalls on the other end of the barn. “That horse’s name is King. He belongs to John Stanford, a rich man, lives on a big farm north of here along the Detroit River. He’s expecting us to return his horse by tomorrow night with new shoes. ”

“It’s my turn to ride the horse home,” Tom reminded him.

“When we go to pull that prank on Boz tomorrow, let’s use Mr. Stanford’s horse.”

“You’ll do nothing of the sort.” The sound of their father’s voice paralyzed them. They looked up at their father’s face looking down over the wall of the stall at the three of them. For once, Autie was speechless.
“What’s going on here,” Emanuel Custer demanded.

Accustomed to obeying orders, Sam was the only one who could speak.

“Where did you run from?”

Emanuel Custer had the same reaction as his younger son.

“That’s horse country. How are my boys planning to help you?”

“Armstrong, tell me what is going on.”

Autie breathed deeply to muster his courage. He rose to his feet in respect for his father.

“Father, we came across Sam by the river. He was hiding in the bushes along the orchard. There were boats coming near enough to see us, so we ducked low and ran for the barn. Other than that, sir, we don’t know much more.”
Emanuel turned to Sam. “How about you ﬁll in the details.”

Sam was practiced at telling his story. He’d told it a dozen times in the last few weeks as he moved from one safe house in the Underground Railroad to another.

“Well, sir,” he started, “a whiles back, some slaves run for freedom. They gets away. That makes all the masters plenty sore, grumblin’ ’bout losing their ’vestments. Houseboy hears Master plannin’ to sell soon as harvest work be over. He wants bes’ dollar to buy new slaves over the winter and get ’em ready for spring plantin’.”

Autie listened. Sam sounded like any number of farmers talking shop with his father. But they were talking about ﬁring and hiring. Sam was talking about buying and selling and it was Sam who was being bought and sold.

Sam continued his story. “Master wants rid of us before we gets thinkin’ ’bout runnin’. But, sir, he too late. We already thinkin’ ’bout runnin’. Off we goes that very night. They be ten of us. We runs together the ﬁrst few nights, but gets torn apart one way or ’nother. I stays in barns, houses, sheds, caves. Last few days I stays in a fancy house not far from here. Jes’ Mama, my sister, Myra, and me. Mama and Myra stays in the house. I stays in the barn.

Emanuel looked the boy over. He guessed he was about twelve years old with a small, sturdy build and clearly no stranger to hard work. His skin was as dark as any he had ever seen. His eyes were as bright as lanterns in the shadows of the barn. His clothes were a bit ragged and appeared to be getting a tad small, but he was clean. The last people to keep him had taken good care of him, he thought. Emanuel saw that he carried nothing with him.
“You must be hungry.”

Emanuel Custer quickly assessed the situation he was facing with his sons, Tom and Autie, and a runaway slave boy named Sam.

About the Author:
Don Solenberger is a retired businessman with a love of history and the American Civil War.
Judith Gotwald, a Philadelphia writer and graphic designer, helped Don tell his story.