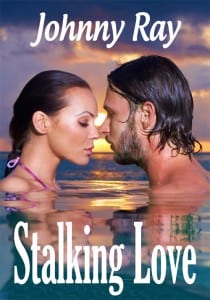 STALKING LOVE is a 94,000 word romantic thriller set in St. Petersburg, Florida during the current real estate crisis. With a serial killer targeting people involved in the real estate business, and a potential love of a lifetime in the works, it takes all of the strength and courage of a woman thought to have it all, but lacking everything that really matters to grow and develop into who she is destined to become.

As Rachel Contino, a proficient, thirty-eight year old realtor, attempts to avoid the real estate meltdown caused by her main client, developer Jonathan Harrell who had died in an apparent suicide, new evidence surfaces that it wasn’t a suicide but murder. This is soon followed up by the murder of Jonathan’s partner. These murders inside a condo complex hosting her largest number of listings makes her sales all but disappear, forcing her into deeper financial problems. In addition to her financial situation, she is scared that the murderer may be targeting her next.

Meanwhile, Rachel, who has no time for a life outside of her profession, meets Carlos Martinis, a twenty-three year old mortgage broker, and yields to the teasing of her friends in attempting to make this stud her boy toy.