Female naval officers face daunting challenges at sea and in their personal lives. International saber-rattling and political intrigue threaten the stability of the Western Pacific — from the South China Sea’s Spratly Islands to the Korean Peninsula. A formidable and cunning military adversary threatens the area’s stability, forcing Captain Kate Mahoney’s early return to the Flagship from her family leave in the U.S. Back in California her deranged ex-husband threatens her teetering relationship with their disaffected teenage son. Kate must wage military and personal battles thousands of miles apart — without the support of her professional confidante and erstwhile lover who wrestles with his own personal demons. The heat rises on the Western Pacific conflict when a Navy reconnaissance flight in the South China Sea becomes the target of a nefarious deal between the 7th Fleet’s most powerful adversaries — thrusting Lieutenant Commander “Cricket” Squire, the intrepid Navy pilot conducting that flight, into a crucible that tests the deepest fibers of her courage. 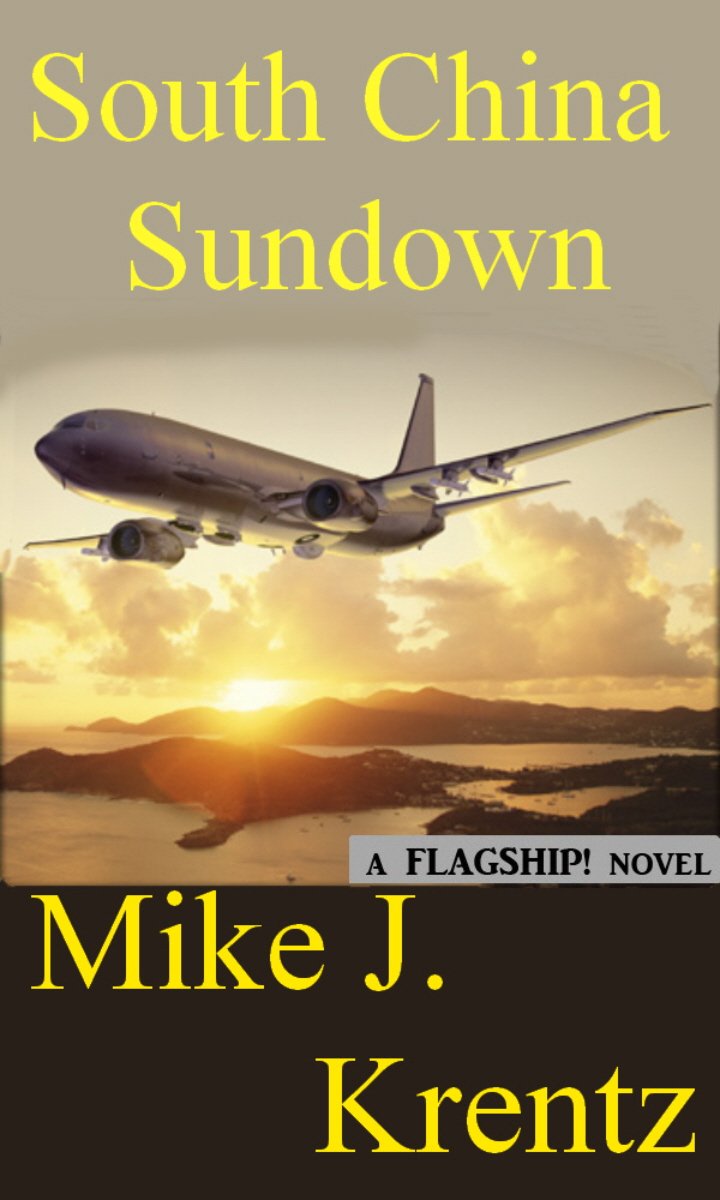 How is Writing In Your Genre Different from Others?
Unlike more common military techno-thrillers, my books portray the personal and professional dramas that challenge military men and women — conflicts often more provocative than combat action.

What Advice Would You Give Aspiring Writers?
Sit down. Start writing. Keep writing till it’s done. Then start the next one.

What Inspired You to Write Your Book?
Drawing on a 20-year career as a Navy physician, I write military thrillers with a distinct human flavor.

My last assignment as 7th Fleet Surgeon on board the flagship, USS BLUE RIDGE, became the inspiration for the FLAGSHIP! Series. The trilogy includes RIVEN DAWN, SOUTH CHINA SUNDOWN, and RISING SUN…MORNING STORM.

I chose strong women for the protagonists in my FLAGSHIP! Series because I have met and admired a number of outstanding female Navy officers in my career, many of whom have faced additional challenges in their road to success. Their honor, courage and commitment are true inspirations.

About the Author:
Drawing on a 20-year career as a Navy physician, Mike J. Krentz writes military thrillers with a distinct human flavor. From real-life immersion with courageous yet sometimes flawed warriors in ships, air wings, and fleets deployed around the world, he portrays the personal and professional dramas that challenge military men and women — conflicts often more provocative than combat action. His last assignment as 7th Fleet Surgeon on board the flagship, USS BLUE RIDGE, became the inspiration for the FLAGSHIP! Series. The trilogy includes RIVEN DAWN, SOUTH CHINA SUNDOWN, and RISING SUN…MORNING STORM.

Mike holds a classical degree in English from the University of San Francisco, a Doctor of Medicine degree from the Medical College of Wisconsin, and a Master of Public Health Degree from Johns Hopkins University.

Mike lives in Norfolk, VA with his wife and son. When not writing, he works as a public health consultant. He enjoys fine cuisine, wine and single malt scotch, and actively participates in running and bicycling.