You are here: Home / Faith and Religion / Christian Fiction / Song Of Springhill: A Love Story by Cheryl Mckay 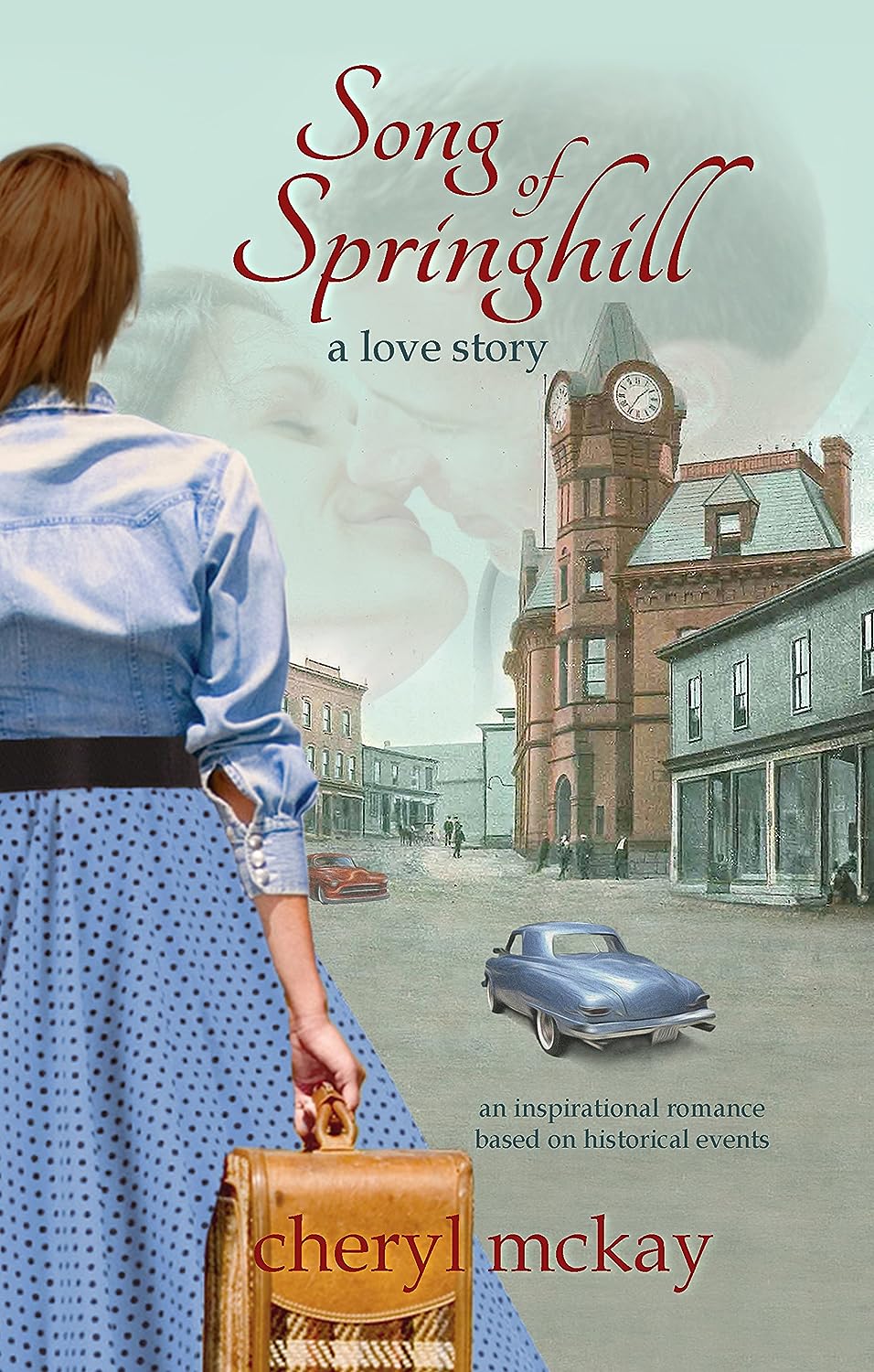 Could you fall in love despite the great risk of losing the one you cherish most?

Hoping for a fresh start, Hannah Wright moves to Springhill, the hometown of the father she never knew because he died in their volatile coal mines before she was born. She tracks down her aunt, Abigail Percy, and is immediately welcomed to move in with the whole Percy clan. This includes her Uncle Ray, a coal miner, and their four lively children. Suddenly, she’s surrounded by more family than she’s ever had in her life.

The day after she arrives, the mine explodes, trapping many underground, including Uncle Ray. Little did Hannah know when she set off on this new adventure how much her family was going to need her. When the Percys face a sudden lack of provision, Hannah knows she must get a job to help them. But the only industry in town that pays enough is coal mining–and the mine company doesn’t hire women.

Hannah secretly masquerades as a man and gets hired as Mel, a distant cousin of her father’s. Keeping up her charade is challenging in this tight-knit, 1950s town, where everybody knows one another.

Hannah is placed on the team of Josh Winslow, a handsome bachelor who noticed her the moment she stepped into town. It doesn’t take long for Josh to see through Hannah’s disguise as Mel, but she convinces him there’s no other way for her to help take care of her family. Understanding the pressure she’s under, he agrees to not blow Hannah’s cover–for now.

Though Hannah seems to keep Josh at arm’s length, he’s determined to chip away at her defenses and win her heart. She resists, afraid to love someone who could die at any moment in an accident underground.

Long-time miners start to sense that “the big one” is coming. Calling it a “Bump” does little to calm Hannah’s fear of the impending underground earthquake, a disaster that could come any day.

Will Josh and Hannah be among the next miners caught in a catastrophic disaster? Does Hannah stand to lose everything she’s worked so hard to rebuild?

Song of Springhill is a love story set against the backdrop of true-life disasters that plagued the town of Springhill, Nova Scotia in the 1950s. It was a town torn by tragedy that also experienced some of the most astounding, miraculous rescues the world ever watched unfold.

Targeted Age Group:: 15 and above

What Inspired You to Write Your Book?
My grandfather survived the coal mining disasters that were used as the backdrop for the love story. The town of Springhill experienced some of the most amazing rescues. (Men were found alive 8 1/2 days after they were trapped underground.) I took my screenplay version and novelized it so I could help get this story out there. I also love the 1950s era, which is when the true story took place. Diving into the time period was a blast.

How Did You Come up With Your Characters?
I took pieces of my grandfather’s true story, and ended up putting them into the lives of the love story characters. I also have a tendency to find myself a character in every story and write about things I’m wrestling with in life, questions I have. I gave my lead character, Hannah, some of my own angst. I also love to write teen characters and developed spunky Liesel, one of my point of view characters, as a breath of fresh air in the midst of trials.

About the Author:
Cheryl McKay is the screenwriter for the feature film, The Ultimate Gift, and co-author of Never the Bride and Greetings from the Flipside. She has a passion for singles who are struggling in their wait to find love and tends to write love stories. She also penned Finally the Bride: Finding Hope While Waiting about her journey through almost forty years of waiting for marriage. She lives in Los Angeles with her husband, Chris.

Links to Purchase eBooks
Link To Buy Song of Springhill: a love story (an Inspirational Romance based on historical events) On Amazon