You are here: Home / Fiction / Action & Adventure / Son of a Gunfighter by Van Holt

Dan Whitton’s father was the most hunted and desperate killer the west had ever known – not hunted by the law, but by the man who had destroyed his chance of living in peace with the girl he loved.

Now Bob Whitton was dead, and the man who had finally succeeded in having him killed was still alive, fat and prosperous and gloating in his triumph, and already planning a similar fate for Bob Whitton’s son, Dan.

So Dan Whitton strapped on his guns and headed for the wild Cimarron country where his father had spent so much time, hunted by his enemies. Those who were still alive would soon be hunting Dan Whitton.

– Blood in the Hills

– Hunt the Killers Down

– Rebel With a Gun

– The Last of the Fighting Farrells

– The Return of Frank Graben

– The Revenge of Tom Graben

– The Stranger from Hell 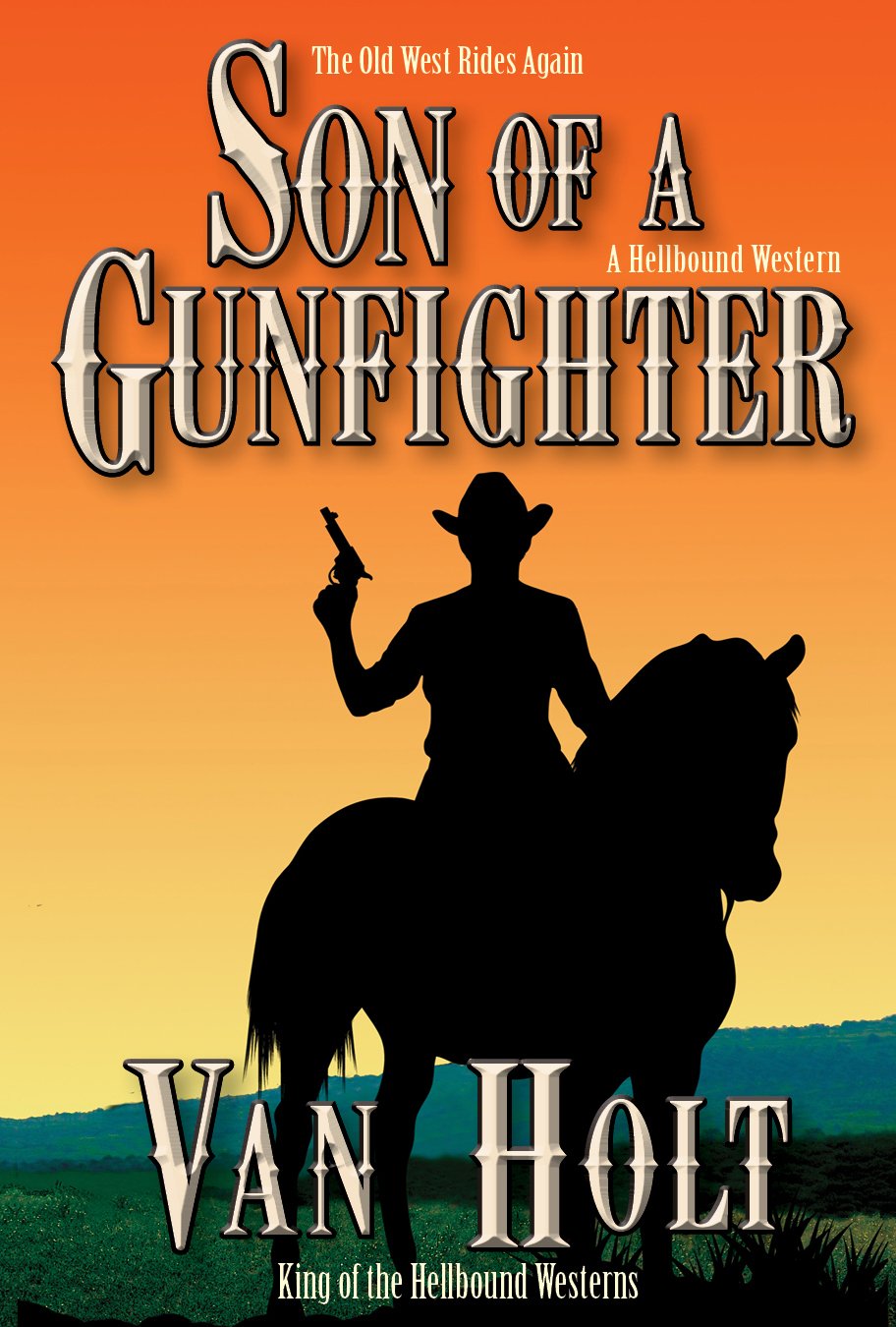 Author Bio:
What some reviewers have to say about Van Holt’s writing: