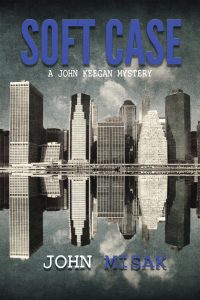 When New York City’s most famous man dies suspiciously, Homicide Detective John Keegan must follow a trail of corruption that may just lead to the top of city government…and the end of his career.

Successful, rich people usually don’t kill themselves. This is the thought that runs through Keegan’s mind when he learns his partner, Rick Calhill, has scored them the Ronald Mullins case. Mullins had it all, money, power, and a beautiful wife. If anyone had a reason to commit suicide, it wasn’t Mullins.

Despite this, the mayor, a good friend of Mullins, is convinced the one-time tycoon killed himself. So is practically everyone else. Except Keegan’s partner. At first, it appears Calhill hopes to use this case to catapult up the NYPD ladder. Then, a case full of corruption and intrigue unravels. So does Keegan’s life.

Keegan and Calhill investigate further, and find out Mullins was preparing a Senate run. They also discover marital problems, and friction between Mullins and his business partner. All of a sudden they can point a finger at half a dozen people who would want the software mogul dead. There is a pattern of corruption in Mullins’ life and in city government, it seems, but before Keegan can make it near an answer, he is in handcuffs, framed, with his whole life falling to pieces around him.

Suspended, threatened, and betrayed, Keegan decides to go it alone, armed only with his belief in justice, and a handful of people he has no choice but to trust. He learns truths about the people he respected most, truths he doesn’t want to know. In the end, he risks his job, and his life to solve the biggest case the city has seen in decades.

What Inspired You to Write Your Book?
I'd tried to write espionage books and they weren't that good. So, one day, I decided to write a mystery. My father was a detective and this inspired me. I wrote the book for myself, and for the first time, didn't let anyone I knew read it. I submitted and two publishing houses accepted.

How Did You Come up With Your Characters?
The short answer is they are all versions of me. That's not entirely true, but writers certainly pluck characters from their perspective. Even if I write about a celebrity, I am giving my perspective on them, so that depiction contains a bit of me in it. For my main character, I would say I took equal parts of my personality, my friends, and my father. In the end, he is not like any of us at all.