You are here: Home / Fiction / Action & Adventure / Shoot to Kill by Van Holt

Mark Reston had never set out to be a killer. But there were those who just wouldn’t have it any other way. And now there were five more men that he had to kill.
They should have left him alone or made sure he was dead the first time. He was tired of being used for a target.
He hadn’t decided what to do about the beautiful young woman who had been given a very difficult choice by the outlaws. If she didn’t kill Reston, the man who had saved her life, they would kill her. 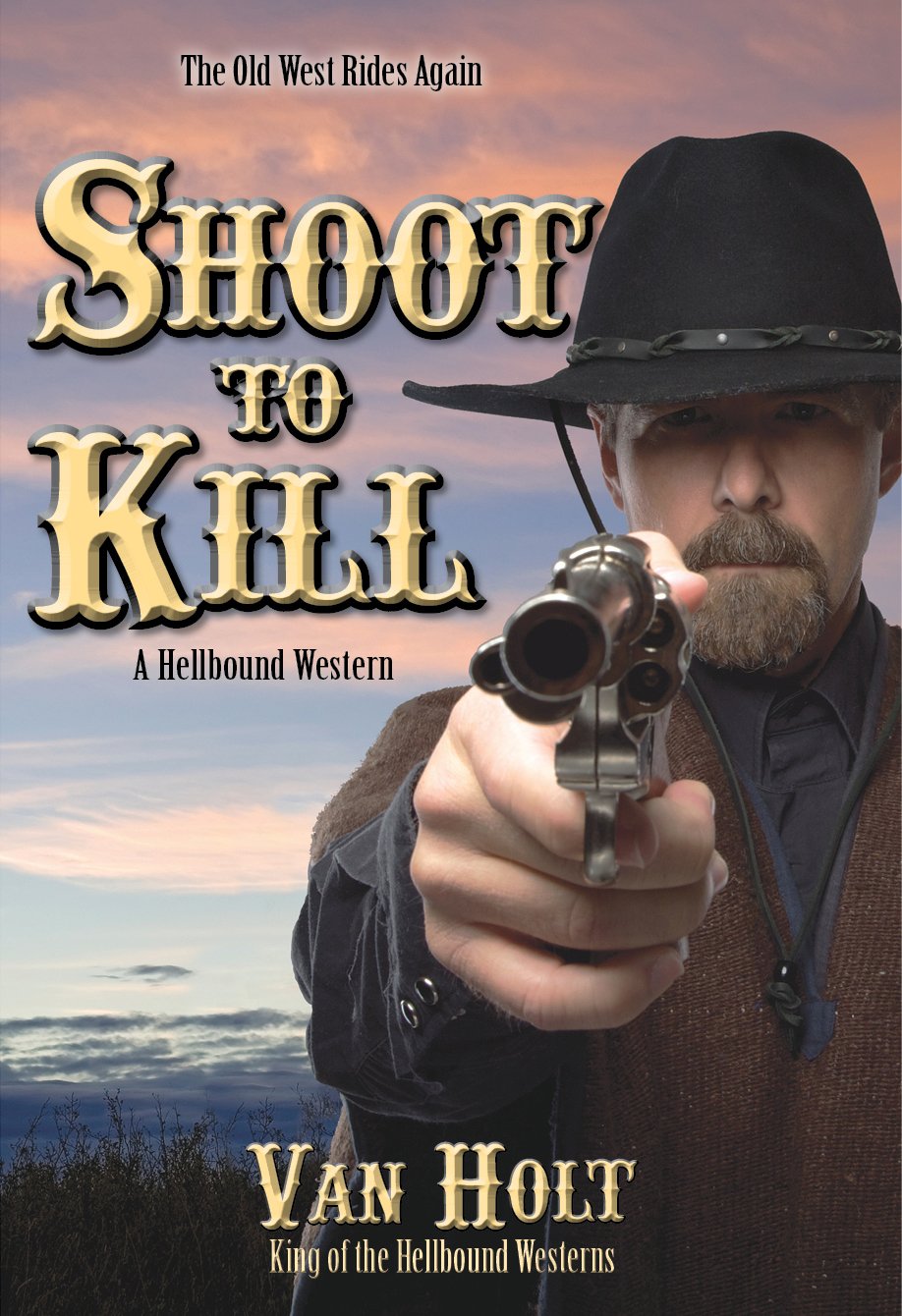 Van Holt wrote his first western when he was in high school and sent it to a literary agent, who soon returned it, saying it was too long but he would try to sell it if Holt would cut out 16,000 words. Young Holt couldn’t bear to cut out any of his perfect western, so he threw it away and started writing another one.
A draft notice interrupted his plans to become the next Zane Grey or Louis L’Amour. A tour of duty as an MP stationed in South Korea was pretty much the usual MP stuff except for the time he nabbed a North Korean spy and had to talk the dimwitted desk sergeant out of letting the guy go. A briefcase stuffed with drawings of U.S. aircraft and the like only caused the overstuffed lifer behind the counter to rub his fat face, blink his bewildered eyes, and start eating a big candy bar to console himself. Imagine Van Holt’s surprise a few days later when he heard that same dumb sergeant telling a group of new admirers how he himself had caught the famous spy one day when he was on his way to the mess hall.
Holt says there hasn’t been too much excitement since he got out of the army, unless you count the time he was attacked by two mean young punks and shot one of them in the big toe. Holt believes what we need is punk control, not gun control.
After traveling all over the West and Southwest in an aging Pontiac, Van Holt got tired of traveling the day he rolled into Tucson and he has been there ever since, still dreaming of becoming the next Zane Grey or Louis L’Amour when he grows up. Or maybe the next great mystery writer. He likes to write mysteries when he’s not too busy writing westerns or eating Twinkies.