Special sale price of only $0.99! Together these books have over 650 five star reviews!

Read these bestselling tales of survival against the odds, dark worlds, dystopian regimes and heroic rebels. 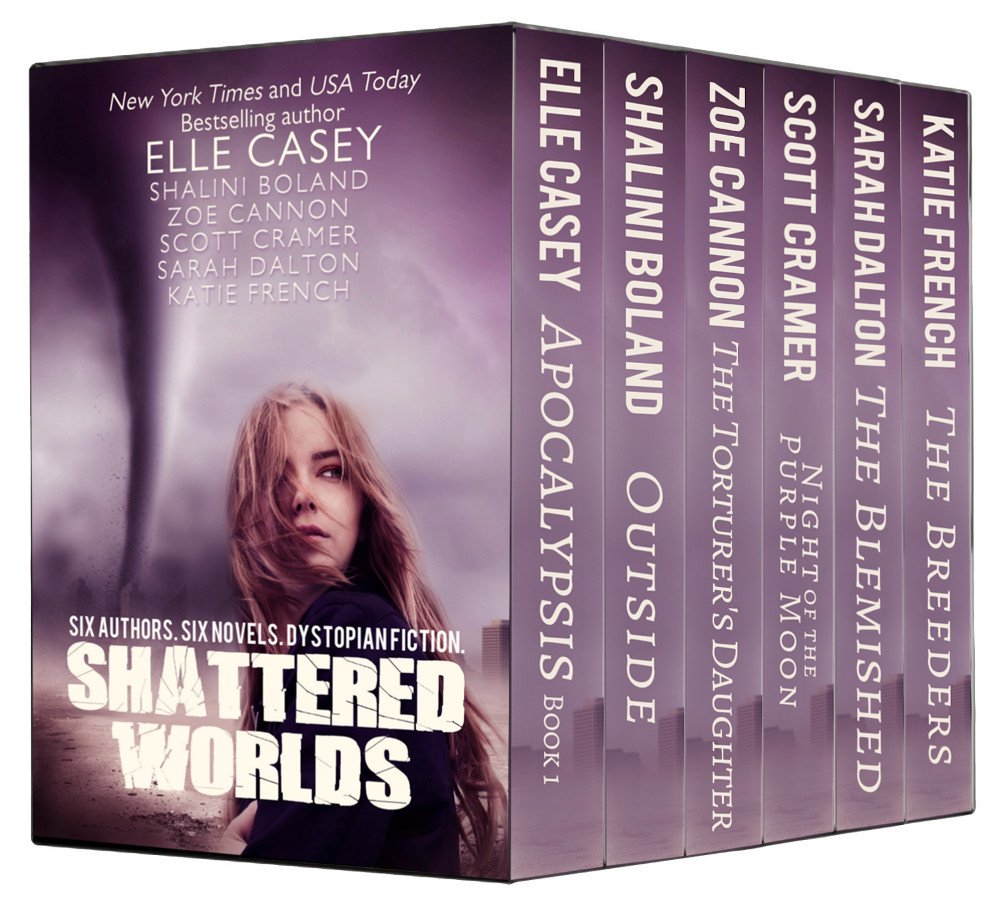 Author Bio:
ELLE CASEY is a prolific, New York Times and USA Today bestselling American author who lives in Southern France with her husband (who sometimes wears a kilt), three kids (who never stop moving), Hercules the wonder poodle (who sleeps next to her side for every word typed), Monie the bouvier (who also never stops moving), and a few other furry creatures (don’t ask). Her favorite things are red wine, pretty much anything with sugar in it, and sexy books. If she has all three around her at the same time, please do not disturb … the writer is busy creating. In her spare time she writes new adult and young adult novels (you can find her Women’s Fiction work under the pen name Kat Lee.) She publishes about one novel per month and has been accused of being a cyborg for her ability to consistently turn out captivating stories with characters that stay in readers’ heads long after the book is closed. She neither confirms nor denies this accusation.

SHALINI BOLAND lives in Dorset, England with her husband and two noisy sons where she writes novels (in between doing the school runs and hanging out endless baskets of washing).

ZOE CANNON writes about the things that fascinate her: outsiders, societies no sane person would want to live in, questions with no easy answers, and the inner workings of the mind. If she couldn’t be a writer, she would probably be a psychologist, a penniless philosopher, or a hermit in a cave somewhere. While she’ll read anything that isn’t nailed down, she considers herself a YA reader and writer at heart. She lives in New Hampshire with her husband and a giant teddy bear of a dog, and spends entirely too much time on the internet.

SCOTT CRAMER has written feature articles for national magazines, covered school committee meetings for a local newspaper, published haiku and poetry, optioned a screenplay, and worked in high-tech marketing communications. His pursuit of a good story has put him behind the stick of an F-18, flying a Navy Blue Angels’ fighter jet, and he has trekked through the Peruvian mountains in search of an ancient Quechua festival featuring a condor. Scott and his wife have two daughters and reside outside Lowell, Massachusetts (birthplace of Jack Kerouac) in an empty nest/zoo/suburban farm/art studio with too many surfboards in the garage.

SARAH DALTON grew up in the middle of nowhere in the countryside of Derbyshire and as a result has an over-active imagination. She has been an avid reader for most of her life, taking inspiration from the stories she read as a child, and the novels she devoured as an adult. Sarah mainly writes speculative fiction for a Young Adult audience and has had pieces of short fiction published in the Medulla Literary Review, Apex Magazine, PANK magazine and the British Fantasy Society publication Dark Horizons. Her short story ‘Vampires Wear Chanel’ is featured in the Wyvern Publication Fangtales available from Amazon.

KATIE FRENCH imagined herself an author when her poem caught the eye of her second grade teacher. It was about birds and frankly, it wasn’t very good, but it sparked in her a love of literature. In middle school she spent her free time locked in her room, writing her first young adult novel. This thoroughly solidifying her status as class A nerd. As an adult she spent nine years teaching high school English and currently works as a school counselor, doing a job that is both one of the hardest things she’s ever done and the most rewarding. In her free time she writes, reads great books and takes care of her two beautiful and crazy children. She is represented by Amanda Luedeke of MacGregor Literary. Her young adult Amazon best selling series, The Breeders, is available now.