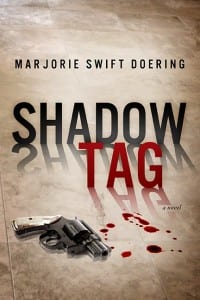 Paul Davis, a top ACC executive is found dead in the boardroom of the Minneapolis-based company. The Board of Directors claims it was suicide. And why not? Davis was discovered with a pearl-handled revolver in his hand and a bullet wound to his head.

Detective Ray Schiller and his partner Dick Waverly, however, are far from convinced. Why would Davis kill himself less than twenty-four hours after finally taking over his late father-in-law’s company? The Board and Davis’s successor are quick to provide answers, but their actions suggest they’re hiding something. And they aren’t the only ones keeping secrets—not by a long shot.

Complications infiltrate the investigation as well as Ray’s personal life, and what originally seemed to be a relatively straightforward case takes a turn that puts his and Waverly’s lives in serious jeopardy.

How is Writing In Your Genre Different from Others?
Writing mysteries is a delicate balancing act. It’s a case of knowing the outcome without tipping your hand too early and spoiling the mystery aspect of the story for the reader.

What Advice Would You Give Aspiring Writers?
Go for it! It’s not easy, but it’s rewarding if it’s what you love to do. Don’t give up!

Author Bio:
MARJORIE DOERING was born in Milwaukee, but raised in small town Waterford, Wisconsin where her father owned an eighteen-hole golf course. It proved to be an interesting backdrop for an active and vivid imagination. While attending Wisconsin State University in Stevens Point, the use of one of her stories in a university publication encouraged her continuing interest in writing. After receiving a B.S. in secondary education with a major in English and a minor in Psychology, she continued to write while working full-time and raising two children.

In 2005, her first one-act play resulted in the production of “Flight 419” by Darknight Theatrical Productions in Chicago. Three short stories have received honorable mention on the PitWit site. In 2006, “The Secret Attic” published another of her short stories. As a member of the well-respected and recognized FanStory writers’ site, to date, she has accumulated twenty-six first place wins in their writing competitions.

Her writing portfolio consists of over one hundred short stories and three novels. “Dear” Crossing and Shadow Tag are two in a series of mystery/crime stories. The third of the series is a work in progress.

Marjorie lives in NW Wisconsin with her husband, Denny, their dog, Casey, and their cats, Freddie, Dickens and JoJo.