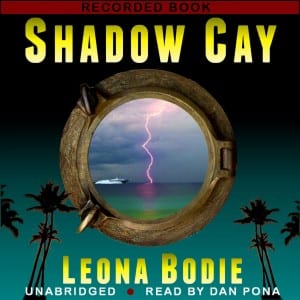 In this Amazon Bestseller “full of suspense and thrills” (Midwest Book Review), Madeleine Nesbitt lives a sheltered, privileged life in the Bahamas until suddenly thrust into a world of international intrigue. One peaceful night in a moonlit cove, an attempted murder shatters the only security she’s ever known. Will a psychopath determine her fate or will she find justice before the he returns for the next of kin? The tale propels you from the Bahamas to a major South Florida crime lab, gives an insider’s view of a major metropolitan police headquarters and provides a terrifying glimpse of Miami’s underbelly.

What was your inspiration for this book?
Since I’ve lived in Miami for thirty-five years, it’s a natural for me to write about South Florida. The fact my husband has been a forensic expert for twenty-one years and worked on 37,000 cases influenced me as well. It means that I have a ready resource to ensure the police procedurals, the forensic science and quality assurance aspects are accurate.

Although the story bounced around in my head for fifteen years, I actually wrote Shadow Cay in three months on a 34-ft. Morgan Out Island Sailboat in the Bahamas in the Southern Exumas. Imagine 700 islands, like a string of beautiful gems to treasure. Imagine no interruptions, pristine water, white and pink sand beaches, uninhabited islets, dramatic ocean and bay views.

And the show stopper was Normans Cay. My research into its history led me to flash back two decades: A dramatic flying adventure, international intrigue, a forced crash landing, a brush with death, and a tropical island paradise with a seedy secret. Being in the islands and onsite, made it easy to transfer the sailing scenes we lived onto my laptop. Some of the water sequences are biographical, storm scenes, water spouts, sailing during an unexpected hurricane.

Another reason, I selected South Florida is because we have extensive experiences in the pharmaceutical and biotechnology industries, so it was a natural to slant the story and focus on the medical device industry. SHADOW CAY is a steamy suspense about murder, greed and corruption that takes place in the tropics between Miami and the Bahamas. The MDPD Crime Lab was inspiration for some parts. The book speaks to the challenges forensic professionals face every day.
When you wrote the book did you know you were going to offer it as an audio book?
It never crossed my mind.

Why did you decide to produce an audio book?
Many readers have told me SHADOW CAY should be a movie, so I thought an audio dramatization might be a great first step. That’s when I discovered Audio Creation Exchange. Not long after that, my title became eligible for a production stipend, paid for by Audible. That “bonus” was payable to producers based on SHADOW CAY ‘s past print and eBook sales, recent sales velocity, user reviews and genre. With that “incentive”, many wonderful readers and production companies expressed an interest in my project.

How did you choose the reader for the book and the production company?
Each contender presented a 15-minute audition. I especially wanted someone who could bring the story to life with different voices and accents (American, Spanish and Caribbean). I selected my narrator Dan Pona based on his credentials and an audio preview. He’s a professional actor who appeared in “Monk” and “The Sopranos”; he’s also done Dan Brown’s audio-books, and does a lot of work for ESPN, National Geographic and Disney.

If someone is thinking about creating an audio book, what advice would you give them?
Truthfully, I had no desire to read 492 pages of script. What I wanted was a professional narrator, recording studio, and producer capable of producing a finished audio book. My advice to anyone thinking about creating one, let the experts position you in the digital audio market. Post your project on the Audio Creation Exchange (“ACX”) website where you’re exposed to new options, wonderful choices and ACX puts you in the driver’s seat. What else would you like to share with readers about your audio book?
It’s the movie without the images! Listening to SHADOW CAY will take you on a wild ride through the Caribbean!