You are here: Home / Fiction / Sex in the Title- a Comedy about Dating, Sex, and Romance in NYC (back when phones weren’t so smart) by Zack Love 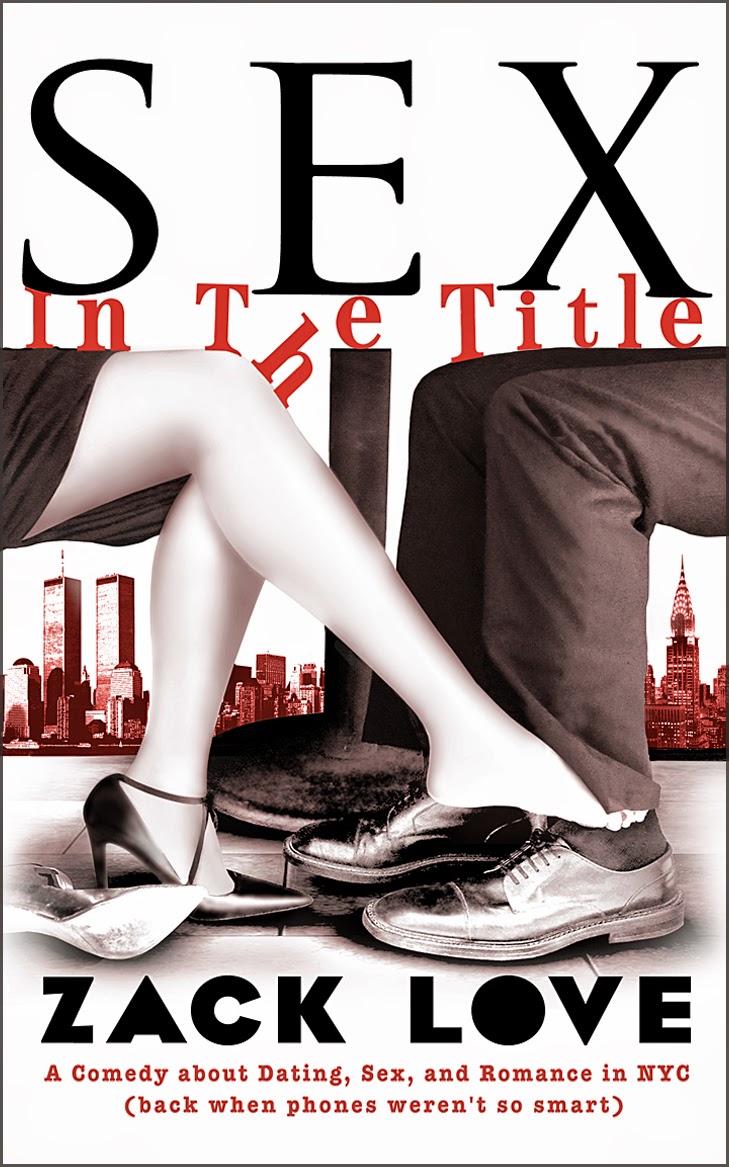 New York City, May 2000. The Internet bubble has burst and Evan, a computer programmer, is fired with an email from his boss. The next day, his girlfriend dumps him, also via email. Afraid to check any more emails, Evan desperately seeks a rebound romance but the catastrophes that ensue go from bad to hilariously worse.

Fortunately, Evan meets Sammy — someone whose legendary disasters with females eclipse even his own. To reverse their fortunes, they recruit their friends — Trevor, Yi, and Carlos — to form a group of five guys who take on Manhattan in pursuit of dates, sex, and adventure.

When Evan, a closet writer, falls desperately in love with a Hollywood starlet, he schemes to meet her by writing a novel that will sweep her off her feet. Sammy knows nothing about publishing but is confident of one thing: Evan’s book should have the word “sex” in the title.

With musings about life, relationships, and human psychology, this quintessential New York story about the search for happiness follows five men on their comical paths to trouble, self-discovery, and love.

What Inspired You to Write Your Book?
My romantic comedy, “Sex in the Title,” was inspired by post-college work life in the Big Apple, and the ups and downs of dating in New York City. After too many late nights in the office as young professional (i.e., corporate drone), I decided to sacrifice sleep for screenwriting, an active social life, and Internet startups offering temporary billion-dollar fantasies.

I regularly crashed VIP parties in the early 2000s and twice bumped into my Hollywood crush. But nothing ever developed during from those awkward meetings with my favorite A-list actress, so I consoled myself by imagining fiascoes far worse than those involving my celebrity crush. I dreamed up a motley gang of five men inspired by some of my college friends and quirky work colleagues. And thus was born “Sex in the Title."

How Did You Come up With Your Characters?
Evan, Sammy, Trevor, Yi, and Carlos were each inspired by some of my college friends, quirky work colleagues, or a composite of the two. There might also be a little bit of yours truly in some of those characters, but the exact details remain strictly classified national security secrets. 😉